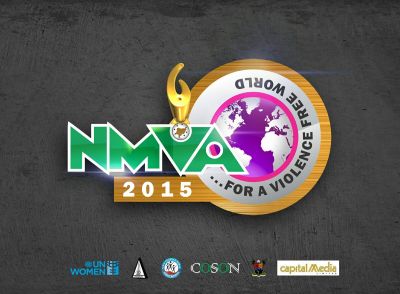 The winners of the 2015 edition of Nigerian Music Video Awards, has finally been announced.

Recall last year, the event, led by media personality, Cally Ikpe,was called off 72 hours to the main show, with coordinators citing logistics challenges as the reason.

‘it was a tough call but it was inevitable. There’s also the need to overhaul the concept, with a view to making it more purposeful also overwhelmed it.’

Cally Ikpe, has also explained the reason why winners are been announed despite the fact that the award show never hapened.

all other stages of the 9th edition of the NMVA was observed, from the call for entry, the nomination and to the online voting among other ancillary programs. It is imperative that the public is let in to what the result of the process is. Though belated, but we are pleased to announce the winners in the various categories for the 9th edition of the annual Nigeria Music Video Awards. In a short while, we will also let you know what the plans for the 2016 edition are.

Best Video by a New Artiste

Best Use of Dance in a Video

Best Use of Costume in a Video

Best Use of Visual Effect in a Video

Record Label of the Year

Video of the Year

6 Young Nigerian Artistes Who Should Totally Be On Our Radar