10 Artistes That Have Promoted Fraudsters | Can Falz Win This War? 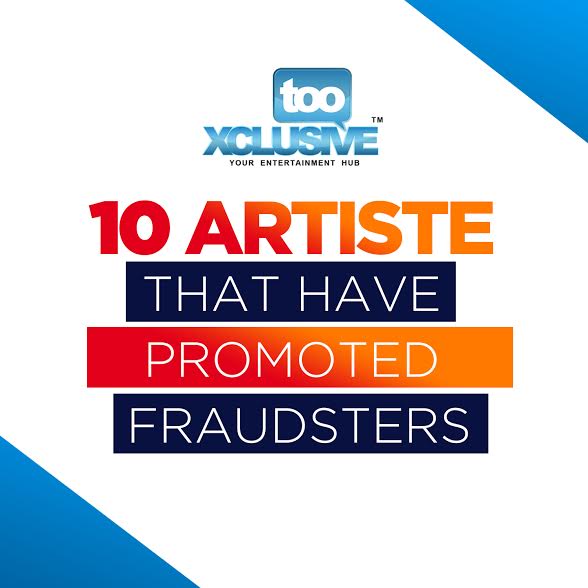 For hours now, a huge pot of boiling well kept hate embellished with rage and jealousy, has spewed over on the internet in form of harsh, lame and downright hateful unwarranted tweets, IG comments and what not towards rapper Falz, for having the audacity to not only mention FRAUDS/FRAUDSTERS but also chastise artistes who use their music to promote the heart-wrenching, murderous trade. This event may have just taken a new turn with fresh facts presented on the length at which this theme has thrived in the industry.

With all the hate finally paving the way for some low self-esteemed, mentally displaced, self-loathing individuals to suddenly be consumed with ego and bragging rights they lack in real life, it should be noted that these norm (glorifying fraud/fraudsters) have actually been in play for a very long time.

To the carriers of the slogan ‘I was not born with a silver spoon in my mouth, so I must ‘Chache‘, here are 10 songs by Nigerian acts promoting fraudsters.

Heated debates, shades and the likes,  have for hours on end been taking place all over the country as to if Falz is right or not. With some agreeing Falz is right,  but should have just turned a blind eye like few others have been doing, and others suddenly locating the writing spirit in them, composing lengthy open letters….what do you guys really think? Is Falz right and if he is , will he win the brewing war?