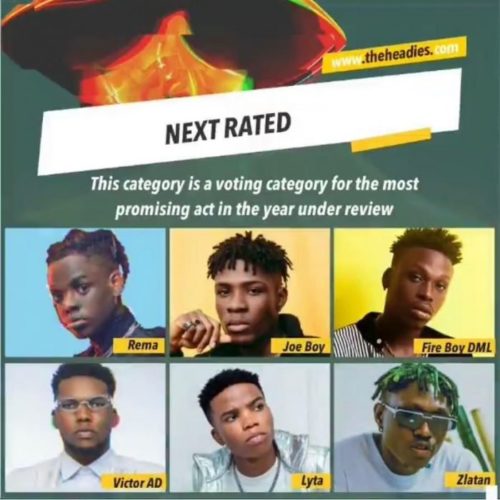 Rema has been nominated alongside five other artistes (Zlatan, Victor AD, Fireboy DML, Lyta & Joeboy) in the Headies Next Rated category for the upcoming Headies award, and there have been different opinions on how slim or big his chance of picking up the award is.

A lot of music followers have considered the fact that he’s made arguably the biggest impact in regards to music this year more than the other nominated artistes within a short period as the reason he deserves it. While others feel there are other artistes on the list who have been doing well in the music industry even before he came. These second set of people believe there are other artistes who are more worthy of the award than him.

However, without having to dwell on too many words, we move away from these opinions and highlight below why Rema deserves the award ahead of any other nominated act on the next rated category. Check reasons:

Nifemi is a graduate of the University of Lagos. He's a unique user of the pen when it comes to the expression of whatever. He is editor-in-chief of the organization and also a writer of news, articles, editorials and a lot more to help expand the level of knowledge of the readers and simultaneously have them entertained. A lover of music and football is who he is and a Man Utd die-hard.
Submit your comment
43 total pingbacks on this post
VIDEO OF THE WEEK