Lil Kesh Had Back To Back Hits, So Did Reekado Banks…He Deserves Everything He Gets – Korede Bello

Mavin artiste, Korede Bello, recently sat down for an interview with Punch newspaper, where he addressed a lot of topics. From his career to the Headies controversy.

The ‘Godwin’ crooner, also revealed that he and his team have recorded new songs that will blow the mind of all and sundry.

Read the interview below.

How do you feel being a recipient of the Headies award?

It shows that God answers prayers and He proved that He was right when He said that we shall always be the head and not the tail. God’s word is beginning to manifest in my life. I feel greatly honoured because I was placed in a category that had other industry heavyweights and musicians that I revere.

It is a great privilege and accomplishment to win the Headies and it means that I am on a path to greatness like my boss, Don Jazzy.

Honestly I did not think I would win because my song, Godwin, was put against some of my favourite songs of 2015 but then again, I expected God to win in the situation. I did not plan for it and I was short of words when I was called on the stage.

I did not even get to appreciate all the people I wanted to acknowledge. It was when I got off stage that I began to remember some names I should have acknowledged. I appreciate everyone who has been and would be blessed by my songs.

You were also in the category for the contentious Next Rated category that sprang up some controversy. What is your opinion on the drama that happened over that award?

The next rated category is one that is highly rated among singers and being nominated alone is a big deal to me because past winners have done very well for themselves after the awards. However, winning does not guarantee your success or showmanship as a musician.

Firstly, I am grateful to the organisers of the award for nominating me and I I’m extremely happy.

Regarding the controversy, Reekado Banks had a good year in 2015 and he is a hard worker. He deserves everything he gets. Kiss Daniel also did very well last year; he had three hit songs last year and some of the songs are my favourite.

Lil Kesh, my brother, also had back to back hits last year. It should be a big deal for anyone who was nominated, but it is only one person that would take home the prize. It is a voting category and I guess the fans chose their favourite. 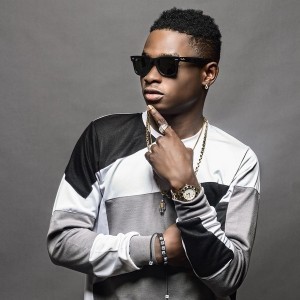 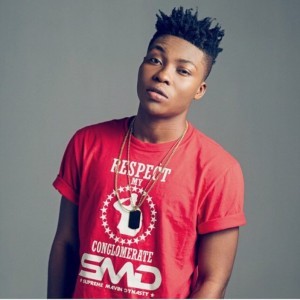 Do you think the whole rancor that sprang up as a result of that award was necessary?

Certain situations spark up spontaneous reactions. I am sure the parties involved in the controversy would be remorseful after the event because nobody wants to be associated with something negative.

It was a spur of the moment reaction because we are humans and we have blood running through our veins. We have opinions to express; it is just the way that we pass our opinion that matters.

I am studying Mass Communication at the Nigerian Institute of Journalism. I know better than to speak while a controversy is at its peak.

It is better to just keep quiet and let everything play out. I actually tweeted before the event where I wrote that, ‘tonight we celebrate together’, and we actually celebrated together. The best thing to do in moments like that is just to remain at the background and not react to criticism immediately.

What is your reaction to Etcetera’s negative article about your song with Asa?

I don’t think the article was objective. I read the article and Etcetera is a freelance writer who does not speak the opinion of the people. He says what he feels.

I have read some of his past articles and they are the same, he says what he thinks and feels is right and I feel everyone has a right to their opinion. Etcetera, being a musician, might feel that there are some certain elements missing in a song, but I see tweets from fans, I hear my song being played across radio stations in Africa and people tell me that they love the song and feel blessed by it.

That is not my goal. My goal is to make people happy and as long as people are being blessed by my songs, that is all that matters.

Do you think you can do a song that would be as impactful as Godwin again?

Godwin is a very powerful song but I want to assure my fans that we have recorded some very fantastic songs. We even had song that were ‘Godwin worthy’ before we recorded Godwin.

But you can’t deny the fact that there are some elements in Godwin that cuts across all demography. Everyone can relate to the song and you don’t get those kinds of songs easily. Even if you do a song that is better than it, just because some segments of people cannot relate to it, they might feel it is not like Godwin.

Godwin was divinely inspired and it was a God project and I pray God blesses my other projects too.

You tried inventing a dance step for Godwin which many people believe was a flop. Do you agree with them?

I felt it was a funny dance step and a hilarious way to express oneself.

I also wanted people to talk because it took us a while to release the video. It was a risk that we took because people already had in their mind what they wanted the video to look like.

I needed them to talk about something and take their minds away from the fact that we released the video late. I did not invent the dance and I would love to meet the kid someday.

I found the memes on the internet hilarious and that meant that more people went to watch the video online. People actually do the dance step especially when I am performing the song. They can relate with it.