‘If Anyone Piss You Off, Feel Free To Piss Them Off Back’ – Tekno Weighs In On Celebrity Feuds In The Industry

With the year just starting and several celebrity feud having been witnessed already in the Nigerian music industry, few celebrities have finally weighed in on this new found way of seeking short-lived fame (just saying).

Among the artistes that weighed in on the several beefs  2016 has witnessed already. is singer, Teckno, and top comedian, AY. 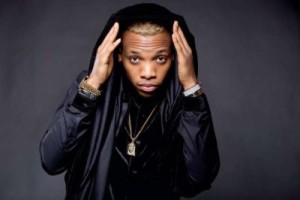 According to the ‘Duro’ crooner:

I think some of these musicians want to start acting films, so they are learning how to act….that is why the drama is so dramatic.

If Anyone pisses you off, feel free to piss them off back.

Watch the interview by Soundcity here: