Talented Ngerian rapper, Ruggedman, has revealed the state of his relationship with 9ice duringa  recent interview with TV Continental.

The veteran rapper said, his relationship with the alapomeji crooner isn’t as close as it was years ago. 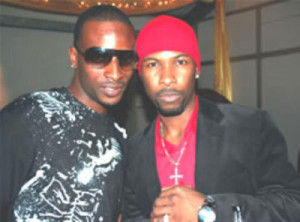 My relationship with 9ice is just there, it’s just like arms-leg relationship. What he did now was what we asked him to do six years ago. It takes a lot build something, but it takes a short time to break it.

Upon being asked if he could foresee himself and 9ice working on a  song together, Ruggedy baba as he is fondly called replied that anything is possible.

Ruggedman recently penned an opemn letter where he revealed that he has forgiven 9ice for not speaking up when he was wrongly been accused of sleeping with Toni Payne (9ice’s ex-wife).