Previous: There Is No Application Form Or Fee To Join E.M.E – Banky W Warns Citizens Not To Fall Victim To Fraudsters
By Temitope Delano | Feb 22, 2016 | 09:59 - Leave A Comment

Reggae Blues crooner, Harrysong, has been named the Most Creative Man for the year 2016 at the recently concluded Sun Award.

The event which took place on Saturday, February 20, 2016 at the Eko Convention center, had a lot of top dignitaries in Nigeria in attendance, amongst them are Nuhu Ribadu, Senator Ben Murray Bruce, among others. 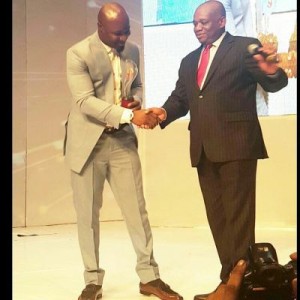