Paul Okoye of Psquare, has finally shone the light on the reason why the brothers are on different parts in their career.

Peter Okoye, one half of the group, has since revealed his interest in Football, while Paul, opened his own record label, known as Rudeboy Records.

Paul, recently sat down for an interview with Naij.com and explained the reason for the brother’s choice of careers at the moment. 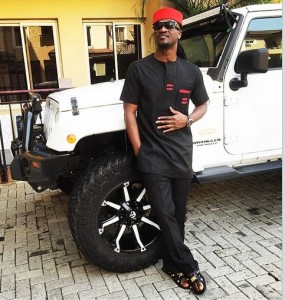 He also explained that doing this does not mean the group Psquare, has reached its end, as it only means they are trying out new things in life.

Paul, also talked about his decision to open his own label to which he replied as needing an escape from the one he was with his brother Peter.  According to Paul, when one has different CEOs in a company, it is certain that decision making will not come easy, and he just needed an out.