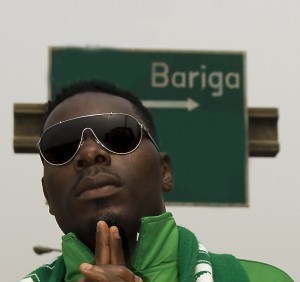 Minus 2 who hails from Ondo state and was born on the 6th of August 1980 has been interested in music for a long time. Being the fifth child on a family with six he focused a lot of his attention on music and artistes most especially the Pied Piper of R and B, R. Kelly, who was his inspiration in his early years.

In 1998 he enrolled into the technical school known as Nigeria Opportunities Industralization Centre [NOIC] located in Gbagada. It was in the school where he met an artiste that we are more than familiar with 9ice. After developing their friendship which was based on music they formed a two-man group called Abinibi. After three years they however went their separate ways to focus on their respective solo careers.