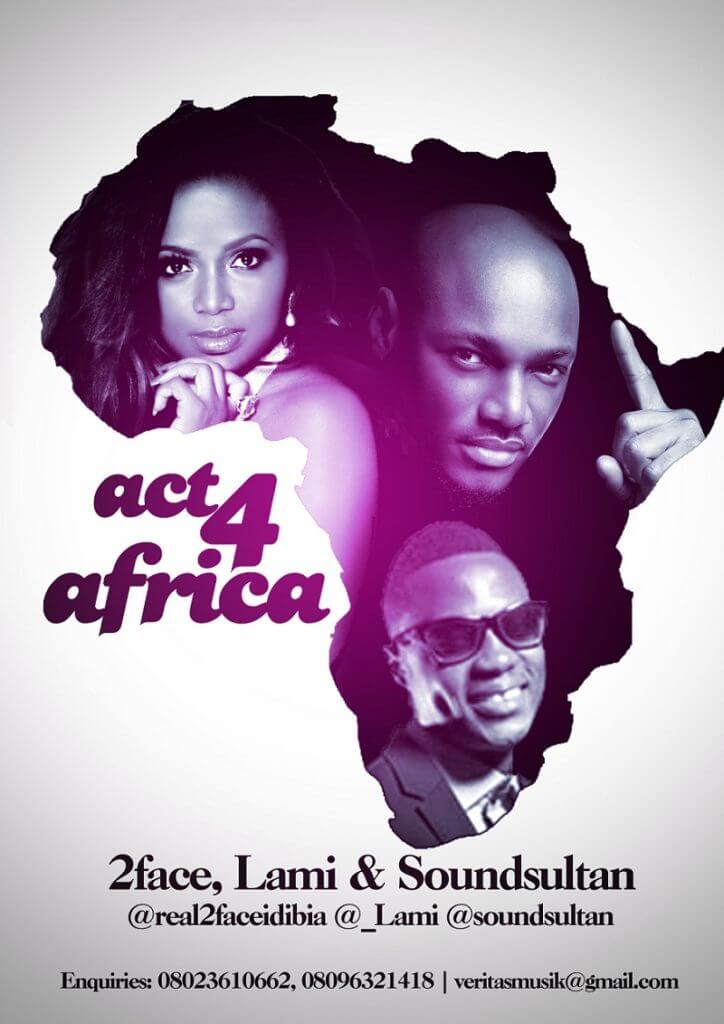 N Envoy Lami, UN Ambassador of Peace Sound Sultan and Africa’s finest 2Face have collaborated to put out the single Act 4 Africa. The trio were recently appointed Oxfam spokespersons to call on Africans across the continent to action to ensure that the famine experienced in the Horn of Africa recently is the last famine Africa experiences.

As a precursor to a series of public events to raise awareness with Africans everywhere on the importance of addressing Africa’s food security crisis, they have pooled together their communal influence on a song – Act4Africa – which they hope will serve as a call to action.

The initiative is part of Oxfam’s global campaign that aims to empower men and women living in poverty to claim power in the way the world manages land, water and climate change, so that they can grow or buy enough food to eat – now and in the future. In Nigeria the GROW campaign is implemented under the auspices of Voices for Food Security (VFS)—a platform of 15 Nigerian Civil Society Organisations (CSOs) and small-scale farmers associations across the country.

Currently 13 million people in the Sahel region are faced with a serious food crisis that threatens their lives and livelihoods. If early and effective action is not taken, it may prove as devastating and costly as past regional food crises in 2005, 2008 and 2010.

Act 4 Africa was co-written by the artistes, produced by J. Sleek and mixed by Indomix.