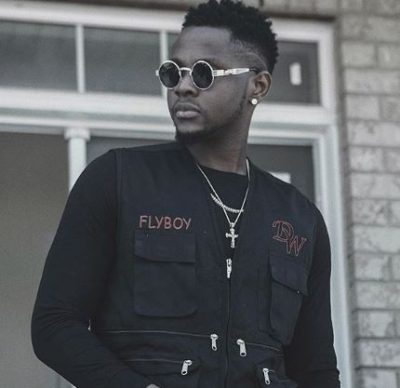 With the kind of exceptional talent that Kizz Daniel possesses, i do not think the status that he has achieved so far in the music scene is what is deserving of his talent but that is mostly down to his own doing. His former label, G-Worldwide, have done really well in pushing Kizz to the hearts of Nigerian music fans, they have helped him commercially and also assisted him in becoming an A-list artiste in the Nigerian music scene.

But the position Kizz Daniel is currently holding in the music sphere is way below where he should be, he should be rubbing shoulders with the likes of Davido & Wizkid with the tremendous talent that he has. Though he has started to make conscious efforts towards going beyond that level he is now, and one of the moves he has made is to announce a new management for himself.

As a person who follows Kizz Daniel’s growth within the industry, here are two things i believe his new management should do to catapult Kizz Daniel to that level he ought to be.

1. Have concerts of his own or Headlining a show in Nigeria

I still find it puzzling that even after about five years that Kizz Daniel has cemented his place amongst the big names of the industry, he hasn’t still headlined a concert of his own and i honestly think this has affected his growth to super-stardom. Although some may argue that it also took Davido and Wizkid a while before they staged their own shows in Nigeria, but with those two guys, it is quite different, even though it took them a while before they staged their own shows in Nigeria, they have headlined shows all over the world. They have had shows they headlined in various parts of Africa, Europe and America which is one of the reason they have cemented their place as the biggest artistes not only in Nigeria but in Africa.

Using Mayorkun as a case study, Mayor came into the industry in 2016, 2 years after Kizz’s emergence and he has gone on to stage 2 shows already in Lagos, 1 in Ibadan and 2 in Abuja. He has also done a UK tour, a US tour and he’s currently preparing for another UK tour and Canada tour. I wouldn’t think it will be too much to admit that Mayorkun is bigger than Kizz daniel in Europe which i find totally ridiculous.

In order to have me and some other people who think Mayor is bigger than Kizz in these certain areas, Kizz Daniel’s new management have to lay down a plan of getting Kizz Daniel to the level that is worth his talent. They have to make sure that this year marks a year whereby Kizz Daniel will be so busy with tours and shows across Nigeria, Africa, Europe & America, and most especially he must headline at least one or two shows in this year 2019. We really need to know if he is truly serious with the business of music.

Making Kizz Daniel way bigger than he is now will also depend largely on the level of international penetration that he is able to achieve in the year 2019. Kizz Daniel has maintained a stagnant status (i am not talking financially) for some years now which is really troubling, for an artiste with such enormous talent he just shouldn’t be where he is right now and it should be one of the things his new management should be looking at.

Kizz has a show in the UK in April which is a brilliant way of spreading his reach across to the UK people, but there is something significant i believe his new management could do for him… and that is to try to key into “Davido’s 02 Arena” show which is coming up this Sunday to be able to give the UK people some of the Kizz Daniel juice they have missed for a long time, set them in that mood for his show in April and also to help the April show sell out very quickly.

I understand there is some sort of beef between himself and Davido which sprung up as a result of the alleged slap his former manager; Tumi, got from the OBO, but i just believe if pride could be swallowed and professionalism outrightly adopted, he should meet Davido and ask that he wishes to perform at the 02 on Sunday which i believe so much Davido won’t turn down. Davido’s 02 show did not come by as a result of arrogance or total assurance that he will sell out but instead it came as a result of the reaction he got from the over forty thousand fans that came out at the 2018 Wireless Festival that took place in the United Kingdom. Overwhelmed by the unbelievable reaction from the crowd, Davido was pushed into selling out the 20,000 capacity 02 which he thought about critically but eventually accepted. Now there are reports that the show is 95% sold out and it’s 5 days away.

More than certainly, the show will sell out.

This is the example i expect Kizz Daniel to follow and that is why i have opined that he tries to milk every opportunity Davido’s 02 arena show could give him, that his only if he makes a move on it though. I believe if he’s able to perform at the 02, he will understand more the reasons why he should leave his comfort zone and do more tours and concerts abroad.

He is more than super-stardom worthy and to achieving that status now depends largely on his new management. There is certainly more work to be done than before.

Nifemi is a graduate of the University of Lagos. He's a unique user of the pen when it comes to the expression of whatever. He is editor-in-chief of the organization and also a writer of news, articles, editorials and a lot more to help expand the level of knowledge of the readers and simultaneously have them entertained. A lover of music and football is who he is and a Man Utd die-hard.
Submit your comment
19 total pingbacks on this post
VIDEO OF THE WEEK