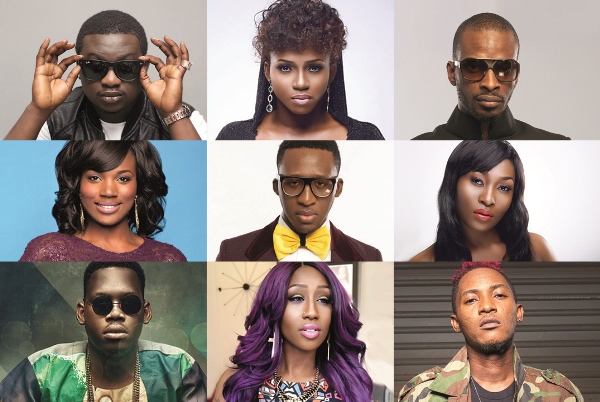 We been looking for an Ice Prince redemption but I’m not sure if a remix to N-Word did the magic trick any bit of justice, then Davido and Wizkid began spatting over God knows what. Vector got the ‘clear’ verdict and quickly answered our questions to Where is Vector? (W.i.V). This would later become the lead single off his mixtape #A7. In the same vein, afro soul songstress Asa prepared us for the release of her third studio album, Bed of Stone with “ah-mah-zing” lead singles Satan Be Gone + The One That Never Comes. At this point, the incredible M.I Abaga had generated so much buzz and appeal for his upcoming album after a whole year hiatus but the shocker would be that moment when we realized King James wasn’t even housed on the album. Faze, who was a member of now disbanded music group, Plantashun Boiz, made an unanticipated comeback with Your Daughter. Afro R&B specialist, Banky W did it again with Jaiye Orimi. Vector’s Shiga had an especially nice ringing beat and Toolz in the background actually singing? Hmmmn. Alhaji Orezi teamed up with Wizkid for another hit single, You Garrit while we celebrated our afrocentric duo, P-Square for their spanking collabo with international hip-hop recording act, Tip ‘T.I’ Harris on EjeAjo.

Let me introduce to you, Kiss Daniel. This kid gat all the stuff superstars are made of so little wonder his debut single, Woju is the most searched for song on tooXclusive the whole of 2014 when it was released in the last quarter of the year oh! Reekado Banks blew his fan base away with his new afro pop/dance single, Chop Am. He’s coming up so fast, Wizkid better start watching his behind. Wake Up is what you get when Flavour teams up with Wande Coal to present a makossa-esque high life and dance number. Same for Collabo; P-Square and Don Jazzy. Unofficially titled emcee, Burna Boy (ask MTV oh! Not me) raised the stakes in his dancehall game with Check & Balance. Brymo’s love offering, Fe Mi would later become the lead single to his hotly anticipated album, Tabula Rasa. Fire brand entertainer, D’Banj caused an uproar with fans taking sides for/against Omini and same was the case for Starboy, Wizkid when he finally dropped his long-awaited second studio album, AYO (Joy). He would later team up with 2face to headline the year’s Hennessy Artistry concert series, performing their collaborative number DanceGo (Eau de Vie).

Mrs Billz had been in the news of late and with awful loads of gory details about her marital life making rounds, still she kept mum till My Darlin’ surfaced. Her response maybe? Who are we to judge. Oh wait, Phyno’s Yayo… one word, BADDASS! Did someone say that was 2-words? Whatever. While the dust off Tiwa Savage was settling, Yemi Alade was gathering hers fast with Kissing – the lead single to her acclaimed and impressive effort for a debut LP, King of Queens. Another collaborative effort from the Supreme Mavin Dynasty was Adaobi. It never really got that much buzz until the video righted all the supposed wrongs we faulted Dorobucci for. Then M.I finally dropped the over due Chairman album. Olamide hinted on another album release. He called this one Street OT. This would be his fourth album in four years. It’s not surprising because we’d already known him as Naija’s most consistent artiste. Same day, Flavour pulled a Beyoncé on us with his own fourth album, Thankful. We got out that morning and it was everywhere… I mean everywhere! HKN front man, Davido dropped an early birthday offering before turning 22. Owo Ni Koko was greeted initially with mixed feelings but it didn’t stop us from grooving to it.

D’Banj had previously shared a snippet to a collabo with African-American act, Akon. Feeling The Nigga came and was without the Akon verse. We talked and talked some more. The year was fast drawing to an eventful close and in a perceived desperate attempt, Starboy Wizkid “disposed” off some tracks, Wonder and Sound It respectively. R&B/Afro pop singer, Praiz also dropped his over due debut LP – Rich & Famous; a 2-in-1, 27-track album. Really, he’s got that much to say, I mean sing? Well, we’ll find out soon. The Headies came again but this time surprisingly, it wasn’t the hot mess we planned for it to be. Only that it was very evident how their managerial strategies that year were poorly executed and had even land-crashed very early at it’s last minute. For some not-so-peculiar reason, Di’Ja was labelled the late bloomer of the Mavin freshmen trio. After her Yaro seloquesence and a remix with Ice Prince (why am I not surprised?), she showed versatility and game on her last single, Awww.

We also won’t forget in a hurry, afrocentric gospel singer, Kefee who has become a blessed memory; the drama that tied Wizkid to Saeon and Samklef; Charles Novia’s erratic responses to entertainers; Etcetera’s vile and venomous tongue that seriously needs a leash on it every time he puts pen to paper; D’Prince and his relentless efforts at doing music; Jesse Jagz who stays on top by reason of fan appreciation and loyalty; Kcee’s ever growing automobile and gold merchandise; the many many endorsements (they’re too numerous to mention); DJ Jimmy Jatt, Niyola, Lynxxx, Naeto-C… in passing; Davido’s 5 straight-up award wins for Artiste of the Year, four of which were on the African platform; and finally Oritsefemi’s new ‘BFF-ship’ with guy man, D’Banj as well as the circumstantial tale that was told about how he crashed that Range Rover Evoque only a week after it was gifted him (the bits really don’t add up – that’s to whoever cooked up the story). Regardless, it was a big explosively flourishing mighty year. And that was just 2014. Now 2015! Gird your loins and brace yourselves ‘cos even bigger thaaiiinngs are gon’ be happening. Best regards and God speed.