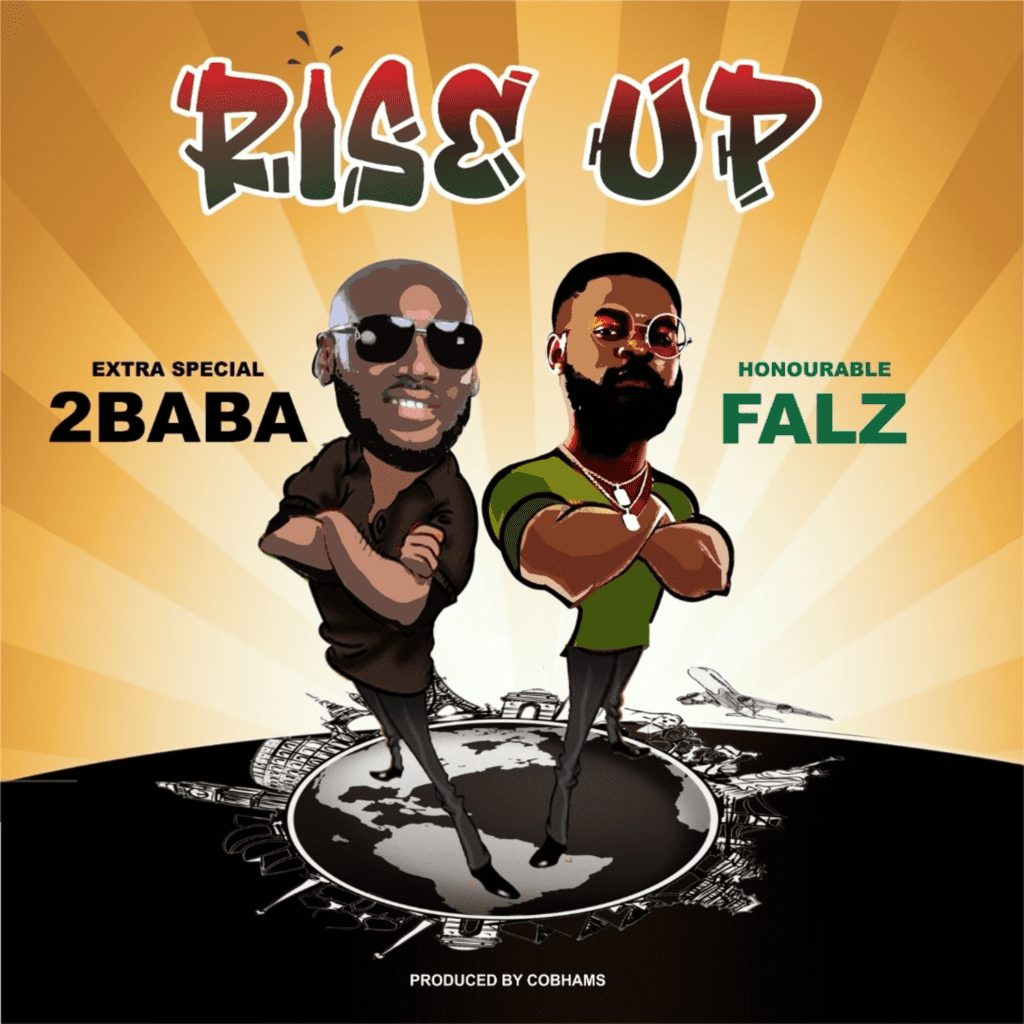 New Music Friday, Here’s a brand new record with the title “Rise Up” by 2Baba and Falz… No dulling! Update Your Playlist.

Legendary singer, 2Baba linked up with rapper, Falz TheBahdGuy to deliver this conscious song titled “Rise Up“, Produced by Cobhams.

Generally considered Nigeria’s greatest pop act of all time, Innocent Ujah Idibia aka 2face now known as 2baba is credited with being one of the key figures in the rise to global prominence of what has been described as the sound of 21st century Africa. His distinctive blend of reggae, R&B and traditional African musical influences creates a vibe that is contemporary and universal while maintaining a clear African identity. (Learn More About 2face Here)

Nigerian rapper Falz became known for his distinctive style of underscoring skillful rhyming with comedic flair. He broke through early in his career with single “Marry Me” from his 2014 album Wazup Guy, and drew international attention in 2018 with “This Is Nigeria,” a reworking of Childish Gambino’s “This Is America,” with new lyrics addressing the corruption in his country.

As produced by Cobhams Asuquo, with Quotable Lyrics