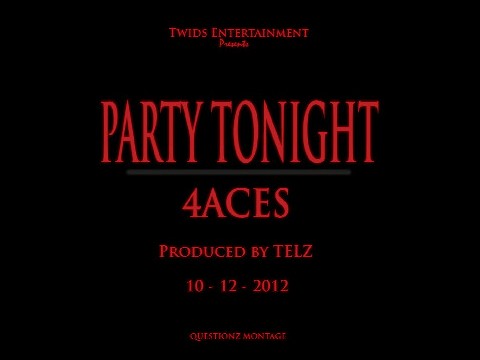 4aces is a group of four 3rappers( Vader, Mozay and Bida) and 1singer ( Feranmi) Under the management of T-wids Entertainment . The have been in the industry for almost a year now and they have been working hard. This song Party tonight produced by Telz has only two members of the group in it (Vader & Feranmi) It is just a preparation for the official single of the group In This Club produced by Morello. Listen enjoy and Share.