Previous: DJ Cuppy Shows Gratitude To Followers Who Wished Her Well During Her Trying Time
By Olabimpe O | Sep 9, 2019 | 16:59 - Leave A Comment 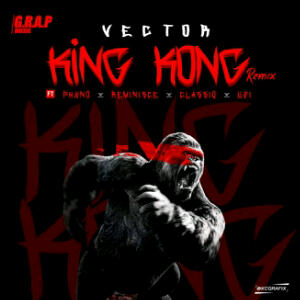 Nigerian Hip hop has declined over the years with artistes either stepping out of the game or switching to something else. Artistes like Ice Prince, Vector, Olamide, Phyno and so many others have performed excellently well in making sure that the rap game does not go into extinction.

Their constant hard work has proved to be fruitful as Nigerian Hip hop has continuously made big waves out of the continent.

In this article, we have decided to bring you top five Nigerian hip hop songs of all time. This list is subjective as you may not entirely agree with its contents. Do drop your recommendations in the comment section below

Oleku by Ice Prince Ft Brymo was one of the most popular songs in 2010. It won the best rap single and Song of the year at the 2011 Headies and bagged several nominations.

The song is one of the most remixed songs ever in the Nigerian music industry. It received covers from artistes like Kagwe Mungai, Vector, Mugeez of R2Bees, Victoria Kimani, Sarkodie, Yung6ix and others. Ice prince went hard on this track with sick flows that are unmatched. The track was a huge hit and received mind-blowing airplay globally.

This track was Olamide’s break to stardom. It was the lead single off his debut album Rapsodi which was released in 2011. It’s music video which was the major contributor to the song’s commercial success, had the rapper change his outfits over 22 times.

Quite similar to Da Grin, Olamide rapped in his local dialect, Yoruba, English and a little dose of some pidgin flows. His flows unrivaled and arguably one of his best songs till date.

Da Grin remains one of the greatest and hardest indigenous rappers in Nigeria. Pon Pon Pon is one track that is sure to mess with your mind. The track is off his C.E.O. (Parental Advisory) album which was released in 2010.

Produced by Sosick, the rapper brags about his high status on the streets, purely spitting in the Yoruba language and not even an ounce of English flows.

Vector is arguably one of the best rap acts that Nigeria has ever produced. Always effortlessly delivering sound bars; Vector paved his way to becoming a favorite of music fans. “King Kong” remix was released in 2015 and was a huge hit.

Although the song has two remixes with the other from Sarkodie, the first remix is what blew speakers up due to its diversity. The song which features four talented rappers, Phyno, Reminisce, Classiq & Uzi is the second official single off Vector’s album titled “King Kong”.

“Ghost mode” off his “No Guts No Glory” album is a fusion of Igbo and Yoruba rap which was produced by Phyno himself.  The 4-minute track featuring Olamide was well accepted on the streets and received massive airplay not only in Nigeria but also in several parts of the world.

The song won Best Collabo at the 2012 Headies Awards and 2013 Nigeria Entertainment Awards. Its music video was shot and directed by Clarence Peters.