Previous: Fan Puts Twitter Conversation With Asa In A Frame After Getting ‘Green-Light’ From The Talented Songstress
By Taiwo Oluwafemi | Sep 17, 2019 | 14:27 - Leave A Comment 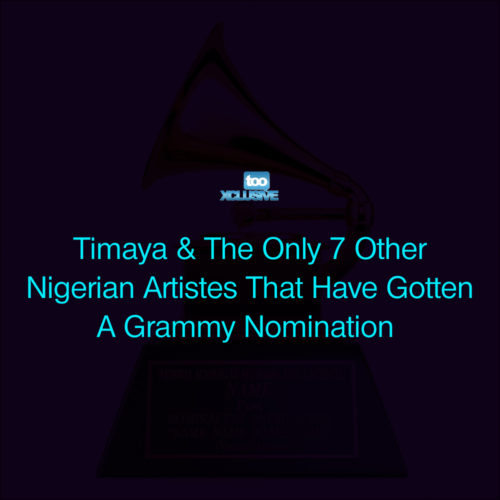 Grammy is the most prestigious award that is currently existing in the world of music. There are only a few and privileged artistes around the world and outside of the world that have won it.

It is an award that every music maker around the world hopes to receive before the end of their music career. Many when they get this award come to the conclusion that a fulfilled life has been achieved and it is to a huge extent a fact.

However, ever since the existence of the Grammy award, there has only been one Nigerian music act who has been privileged to have one up in his awards shelf. It is the biggest dream of every Nigerian music act to win one and will continue to be for a long time. Although, only one Nigerian act has won a Grammy award, but there have been a few who have been close through nominations of their works or other people’s works in which they were contributors. This post is intended to make a list of the few privileged Nigerian artistes who have once or twice as the case maybe been nominated for a Grammy award before.

Note: Sikiru Adepoju is the only Nigerian act who got nominated and won the ward.

Nifemi is a graduate of the University of Lagos. He's a unique user of the pen when it comes to the expression of whatever. He is editor-in-chief of the organization and also a writer of news, articles, editorials and a lot more to help expand the level of knowledge of the readers and simultaneously have them entertained. A lover of music and football is who he is and a Man Utd die-hard.
Submit your comment
13 total pingbacks on this post