5 Things You Should Know About Wizkid’s New Singles 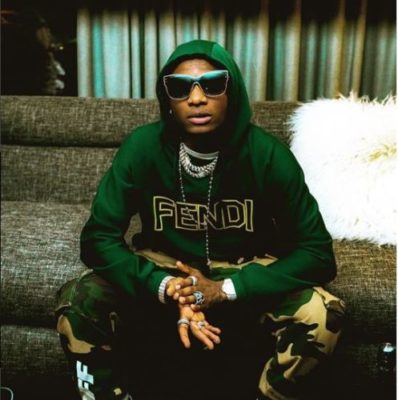 Ayo Balogun famously known as Wizkid introduced himself to the Nigerian music industry with his hit single, “Holla At Your Boy” under Banky W’s label; EME. He instantly became the toast of music fans with the single, he then followed up with other largely successful singles such as “Don’t Dull”, “Tease Me” etc. He dropped his debut album; “Superstar” in 2011 under EME which became great commercial success with the sparkling beautiful songs it comprised.

Wizkid has since helped himself to super stardom as he has sold out shows worldwide, featured the biggest of international acts and ‘messed’ with different sounds to delivering hit songs to his ever expanding fan base all over the world. Fast-forward to 2018, Wizkid got on quite a number of hit songs without dropping a song of his. It got his many fans hunger and thirst for his own work , waiting for them to be ‘fed’ and had their thirst quenched by the Starboy.

Wizkid announced in 2018 he will be dropping a song titled “Gucci Snake”, dropping snippets on his social media pages and successfully getting his fans to be excited about an incoming hit. But in September, Wizkid announced he will be dropping two songs on the 1st of October to celebrate Nigeria’s independence, “Fever” & “Master Groove”. This came as a disappointment to his many fans who were anticipating “Gucci Snake”. “Fever” and “Master Groove” on their releases, got mixed reactions from fans but here are five things we observed from the two songs.

1. Most song titles in the Nigerian music industry are always inspired by certain lyrics from either the chorus of the song or the verse, but with Wizkid’s latest singles,”Fever” & “Master Groove” it turns out differently as the song titles were never mentioned in the songs.

2. The artworks of the two songs are quite different from what we know of Wizkid’s ritual artworks. When he released the pictures of the artwork, they seemed to be weird, as Wizkid’s music artworks are always colourful and radiant. These are not bad but instead they show class as i feel the graphic artists did great justice to the works.

3. I just feel Wizkid was lazy on these two songs. There was no extra effort from the starboy to complement the anticipation of the songs from music fans. There were repetition of lines, the songs were filled with very poor lyrical contents. I feel the artist was nonchalant on the songs by not considering the heavy anticipation from music fans and going on to deliver what is way below expectations. Although I am not all that surprised as he once tweeted that he will only give us what he wants and not what we want to hear, but this is still poor regardless.

4. He adopts a style that targets the sub-conscious mind of music fans. These songs definitely wouldn’t be instant hits but we suspect it could be in the coming weeks, thanks to their gradual hypnotic sounds. ‘Fever’ is not a song that you fall in love with at the first listening, but grow on you as a result of regular listening. There are even times when you finish listening to Wizkid’s songs and criticise them, you then discover moments later you are singing the lyrics, such is the hypnotic effects of the songs.

5. I feel personally that the Starboy decided to play a safe game this time. Why do I feel this way? I believe he knows there would definitely be mixed reactions for the singles he dropped. We can recall that he at first announced he will be dropping “Fever” before he later announced “Master Groove” as a partner. He must have listened to the songs multiple times over and then conclude it wouldn’t be a good idea to drop just one of it based on the not-so-good effort he put on the songs. So he adopted a strategy whereby, if one fails, the other won’t.