Previous: Timi Dakolo Laments As Big Shock Was Prepared For Him & Family After Returning Home From Dubai | Watch 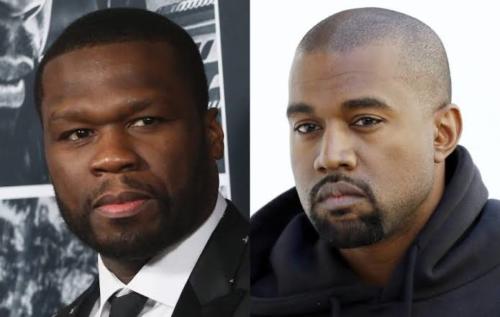 50 Cent has been widely touted by many music fans as the biggest internet celebrity troll that has ever existed in the history of American music.

The singer is known for always quick to pounce on any vulnerable celebrity by dragging them in and out to cause them to be a laughing stock.

The rapper and actor whose beef with Jarule is still much on-going and never showing signs that it will ever come to an end has picked up on Kim Kardashian’s husband and rapper; Kanye West after a new design of his Yeezy collection that is soleless was worn by Kanye.

On seeing the Yeezy in Kanye’s feet, 50 Cent took to his Instagram page to post a picture of Kanye wearing the designs and to also troll him.

He added, “what in the spare some change “type of shit is this.”

#50Cent is back at it again! This time, he is trolling #KanyeWest over his soleless #Yeezy shoes ??