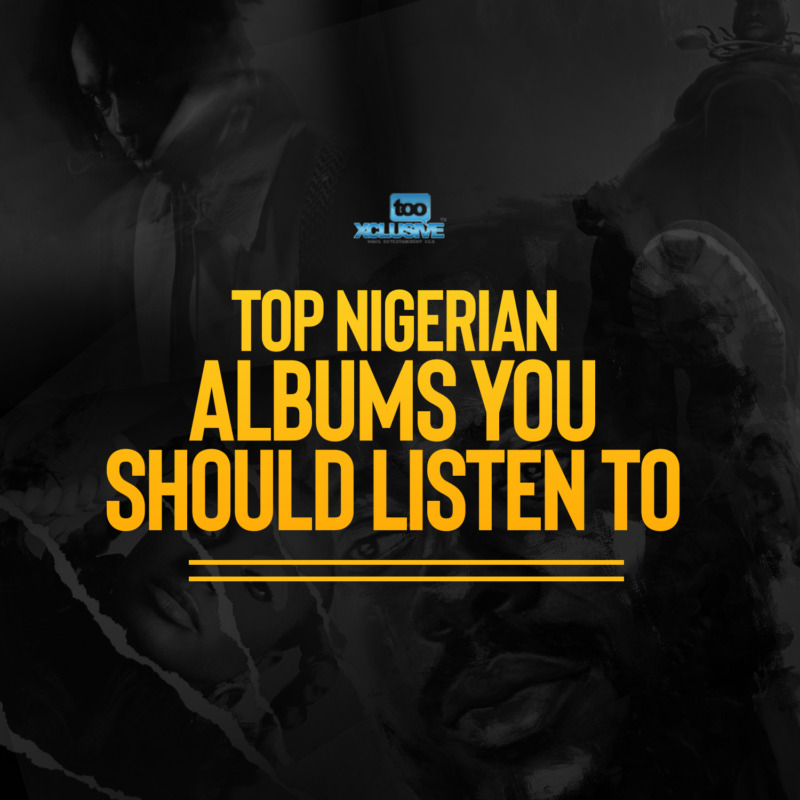 We’re at that point where the most anticipated Nigerian Album of 2020 i.e Wizkid’s ‘Made In Lagos’ is about to storm our playlist. Before the release of this MIL body of work we would love to share some 2020 released body of work (7 Top Nigerian Albums) y’all need to digest and make your playlist fresh.

(Nigerian Albums 2020) , Nigerian music scene has been reframed, shocked, redefined, torn down, confounded, and crumbled due to the coronavirus pandemic.

Several artistes, however, not deterred by this and found appropriate ways to record and share their music. In the past month, the heavyweights dropped projects and it is safe to say that the music space is saturated with a huge dose of albums. It can be quite tedious to keep up with all the good and quality music and we definitely do not want our fans and readers to be left out.

This has compelled us to bring forth a list of these albums to keep you on track. In this article, we are highlighting 6 hot albums you should listen to in no particular order.

Dj Cuppy is one artiste that has received so much hate in the music industry just because she was born with a silver spoon. Despite releasing hit songs like “Abena,” “Green Light” and “Gelato”, many still believe that she paved her way to success with her already established background and not her personal efforts. Due to the unnecessary drama and trolling, Cuppy announced that she would release an EP then retire from the music scene.

Cuppy stayed true to her words and started working on the project but after some time, it graduated from being EP to an album after the addition of some tracks. The title of the album “Original Copy” was picked by her fan (the cupcakes) after creating several polls on social media. The titled is a strong oxymoron that portrays Cuppy herself. It accurately depicts the body of work that will showcase Cuppy’s immense talent as a music artist and her diverse knowledge of great sounds.

On the 21st of August, 2020, Cuppy dropped the highly anticipated 12 track album which features the likes of Efya, Wyclef Jean, Wale, Darkoo, Stonebwoy, Teni, Sir Shina Peters, Nonso Amadi, Julain Marley, Ms Banks, Ycee, and Seyi Shay. Within 24 hours of its release, the album amassed rave reviews as all 12 tracks of it made it to the top 100 Nigerian songs on Apple Music and 10 of the tracks remained on the platform, days after. Would fans let Cuppy peacefully retire after the release of this album? We think not!

In 2019, Adekunle Gold began taking steps to change his style of music end even his dress sense. The release of tracks like “Young Love,” “Kelegbe Megbe,” and “Before You Wake Up” gave fans an insight into what he was going to bring to the table. To show that his transformation was complete, Adekunle Gold released “Something Different” and “AG Baby“. The songs were well accepted by fans and on the 21st of August, 2020, he dropped his third studio album “Afro-Pop Vol 1″

Songs on the album include: “Sabina,” “Pretty Girl” featuring Patoranking, “Okay,” “Here For Ya, “Exclusive,” featuring Olayinka Ehi, “Firewood” featuring Tekno, “Something Different,” “Water Carry Me” and “My Ex“. It’s one album that would hit you at first listen.

On the 14th of August, 2020, Burna Boy released his 5th album “Twice As Tall” after the success of his 4th critically acclaimed album “African Giant“. On this album, Burna once again showed his ability to drop powerful and meaningful lyrics on a perfect blend of different melodies without losing his African touch.

The executively produced by Burna himself, his mother, Bose Ogulu, and Diddy album racked over 7 million streams hours upon its release and is currently sitting on the 54th spot on the Billboard 200 making it the highest Nigerian charting album in the history of the chart

Fireboy returned to the music with his sophomore album titled “Apollo”. The album was named after “Apollo”  who in Greek mythology is recognized as the Olympian god of light, truth, prophecy, poetry, healing, and music. On his debut album, “Laughter, Tears, and Goosebumps”, he was a loverboy, a hopeless romantic guy but on “Apollo”, he shows a much more confident side that really never gets to see the light.

The album which features D Smoke, Olamide, and Wande Coal displays his outlook on life, his journey as an artiste, and the drama in the Nigerian music space. It also has stories that everyone can relate to. If you enjoyed “Laughter, Tears, and Goosebumps,” you’re definitely going to go bananas over this album.

Since she announced her entry into Motown records, Tiwa Savage has been dropping quality music After dropping a few singles like “Attention“, “Dangerous Love,” and “Koroba,” to keep her fans occupied, Tiwa Savage released her highly anticipated third album titled “Celia“.

Named after her mother Cecilia Savage, the album is a memoir of a classic and typical African woman. Tiwa Savage is unapologetic about being a game-changer in an industry dominated by males without failing to show a vulnerable side to show that she is human after all. The album is packed with hit singles; dope collaborations, and an impeccable show of her sultry vocals.

The album which features the likes of Davido, Hamzaa, Sam Smith, Stefflon Don, Dice Ailes, and Naira Marley snagged the number one spot on charts before its release and is still racking up numbers.

On the 28th of August,2020 Dancehall king, Patoranking released his third studio album “Three.” a year exactly after the release of his sophomore album “Wilmer“. The album features the likes of Sauti Sol, Flavour, Tiwa Savage, and King Promise.  According to him, the forthcoming album is about his journey in the industry from the release of his hit track “Alubarika” to the man he is today. It is packed with an array of different sounds and hits that you wouldn’t want to miss.

On the 8th of October,2020 sensational rapper and YBNL boss, Olamide released his 10th studio album “Carpe Diem“. The Latin phrase which means “seize the day” was used by the Roman poet Horace to express the idea that one should enjoy life while one can. The cover art which sees the rapper surrounded by stunning ladies sheds more on the fact one should enjoy the pleasures of the moment without concern for the future.

According to Olamide, “The project is a reflection of my mind, and also the current sound brewing underground in Nigeria,” Olamide says. “It’s a combination of a lot of traditional elements and also a sound from way back in Nigeria called galala, which has a little bit of reggae/dancehall. It’s also a fusion of something we call Celestial, which is when you are playing secular music in church. It’s like taking pop to the church.” It is also his first body of work after signing with American distribution company, EMPIRE as he released his 9th album “999” earlier in the year.