9ice Unveils Tracklist Of Greatest Of All Time (G.O.A.T) Album 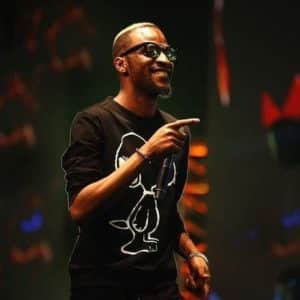 9ice has unveiled the tracklist of his highly anticipated Greatest Of All Time (G.O.A.T) album. He unveiled the album tracklist via an Instagram post which bears a teasing caption, ‘Are you ready?’

The caption suggests that the release date of the album is near and his fans can start to prepare to make new imports into their playlist. The G.O.A.T project is set to be the 8th album offering of the highly respected singer who specializes in the use of his native Yoruba language in his songs.