“Able God” vs “Zanku (Legwork)”… Which Is The Hottest Song On The Street? 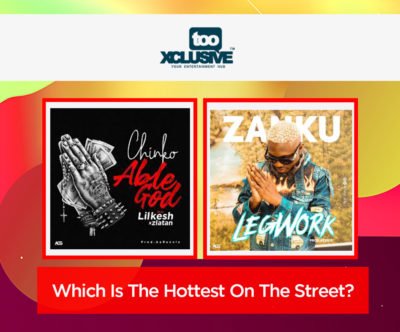 The year is coming to an end and the Shaku Shaku trend that started the year is gradually ending. It is with joy we announce to you that the Zanku (Legwork) trend is here to take its place. Two songs that brought or introduced the new dance trend is “Able God” and “Zanku (Legwork)”.

The two songs are hot on the street. Zanku is a song by the pioneer of  “legwork” Zlatan, where he was teaching us all how to do the new Zanku dance.

“Able God”, the latest street anthem as it sounds more like a prayer to God is a song by Chinko Ekun, Lil kesh and Zlatan himself. The jam has been buzzing different speakers and has also remained strong on music charts.

The two songs are played in every parties, carnivals and street hangouts and will make you lose your home training on the dance floor. But one seems to be the strongest on the street

Well between “Able God” and” Zanku (Legwork)”, Which Is The Hottest Street Jam?