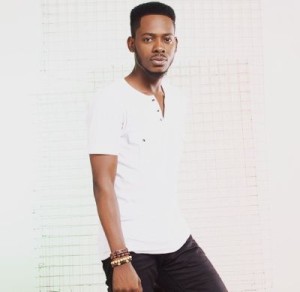 Urban highlife singer, Adekunle Gold had earlier hinted at the release of a new album. The singer has repeatedly made posts on social media bearing the #About30 hashtag. He clocked 30 years of age on January 28th, 2017 and it is suspected that it inspired him to document his life experiences, in the form of an album. It is believed that his experiences would form the theme of his forthcoming album.

The singer recently made another post on social media, capturing a moment in the studio with producer, Pheelz. In his post, he gave a hint that the album might be released soon. He went on to tease his fans with the caption, “#About30 The Album is coming soon! Wait for it” 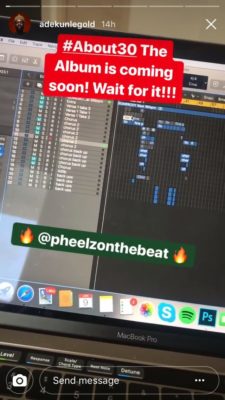