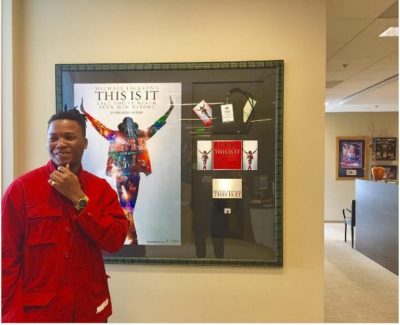 Kiddominant. who has produced for a host of a-list Nigerian artistes to include the likes of Orezi, and Davido, shared the exciting news with Davido, who eventually made the announcement via snapchat. 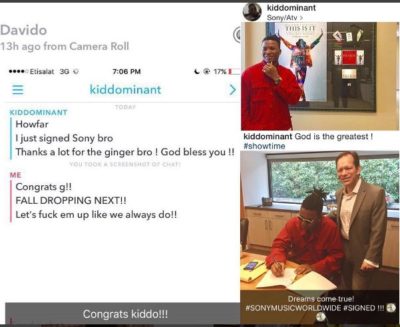 Kiddominant during an interview with TheoHUNDREDS confirmed that he is infact a big dreamer.

“I’m a big dreamer, I dream big, I dream with no boundaries, no barriers”,

On his love for music, he said:

Music has always been a part of me since I [was] growing up, like since birth. I grew up in a musical family, my dad could play pretty much [any] instrument. I remember trying to find my way with the keyboard, trying to make something when I was a little boy. I used to play drums. I grew up more on the creative part of everything. I used to paint, draw. I used to do all of that.

On what his parents thought about him doing music:

I finished school last year. It was quite hard mixing school and music. But I had switch two schools to just make it easier. My parents wanted it. Myself, I wanted it because you know at the same time music, it can be switched up, things change. And in the future, I might just want to do something that is not music [and] do something new. Or go to into politics, because there’s money [in politics] [laughs].

On how he started producing:

Kiddominant is the brain behind Orezi’s hit song, Double Your Hustle and Davido’s The Money.

Big Congrats to him.

“Ace Producer Kiddominant Inks New Sony Deal”, 5 out of 5 based on 1 ratings.