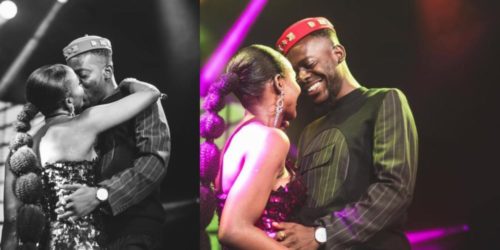 Just a few weeks after the news of Adekunle Gold and Simi’s secret introduction at the Magodo area of Lagos State surfaced online, the two superstar singers are now finally set to tie the knot officially at a secret venue in Lagos.

It has been reported that they are making provisions for only 300 invited guests. The rumor of the two lovebirds dating has been on the hearts and minds of music fans for a long time.

One of the activities that helped authenticate the rumor of their love relationship aside the secret introduction was when the two artistes kissed each other at one of Simi’s concert towards the end of 2018. This further helped people clear off the fact that their relationship is just a mere rumor.