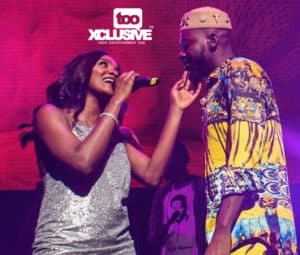 Could reports circulating social media about Simi and Adekune Gold’s relationship be true.

TheNet made reports about the two singers having a secret wedding at an undisclosed place in Lagos last weekend.

Although the news has not been confirmed by either of the love birds, their recent public show of love gives a bit of hope to the authenticity of the news.

Just last week, Simi shared a picture on her Instagram page showing both her and Adekunle kiss passionately. This has left many fans believe since they could do that publicly, then it means the story about their secret wedding could be true.

Some even report that they have seen engagement rings on their hands.

Do you think Adekunle Gold and Simi are a good match for eachother.

Nifemi is a graduate of the University of Lagos. He's a unique user of the pen when it comes to the expression of whatever. He is editor-in-chief of the organization and also a writer of news, articles, editorials and a lot more to help expand the level of knowledge of the readers and simultaneously have them entertained. A lover of music and football is who he is and a Man Utd die-hard.
Submit your comment
4 total comments on this postSubmit yours
Recent Comments
Popular Posts