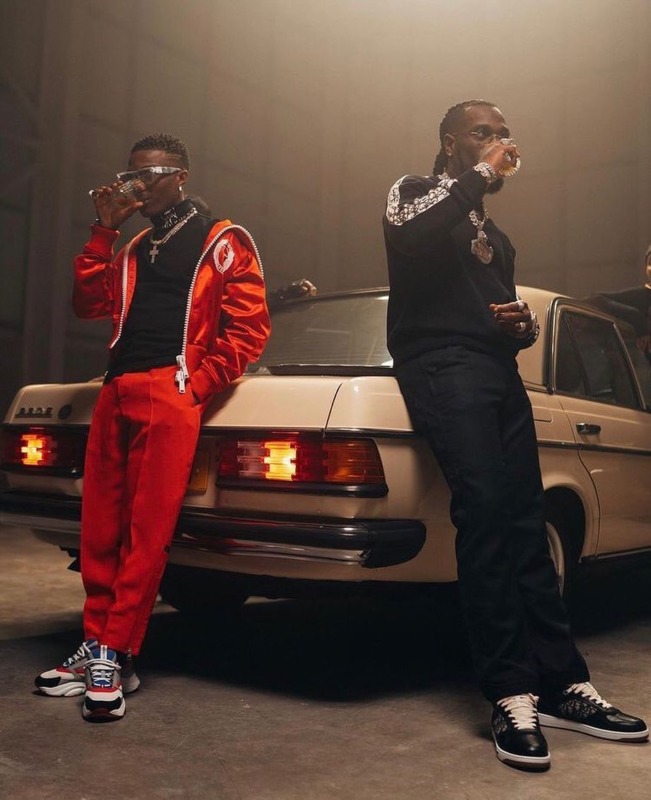 Nigeria  Afrobeats Stars, Burna boy, and Wizkid have given Nigerians another reason to celebrate Afrobeats after bagging two awards at the 2021 Grammys.

Damini  Ogulu popularly known as Burna Boy made history with his album by being the first Nigerian afrobeats album to ever win a Grammy Award. He won The Best Global Music Album Category for his fifth studio album “Twice as Tall”. The singer was nominated alongside other entertainers like Antibalas, Bebel Gilberto, Anoushka Shankar, and Tinariwen.  This is Burna Boy’s first Grammy Award after being nominated Last Year but lost to Angelique Kidjo during the 2020 Grammys Ceremony.

Starboy didn’t fail to shine on Beyonce’s “Brown Skin Girl”. Wizkid won the Best Music Video award for his song with Beyonce and Her Daughter Blue Ivy, for “Brown Skin Girl From Lion King: The Gift Album. This makes them the first Nigerian Musicians to ever win a Grammy award.

The news shook the internet in the late hours of Sunday night. Many Nigerians on social media are impressed and have commended the superstars on their achievements, while some are deriving joy in dragging other Nigerian musicians who previously dragged Burna Boy for not winning his first Grammy nomination.