Ajaa – “Jack Of All Trades” 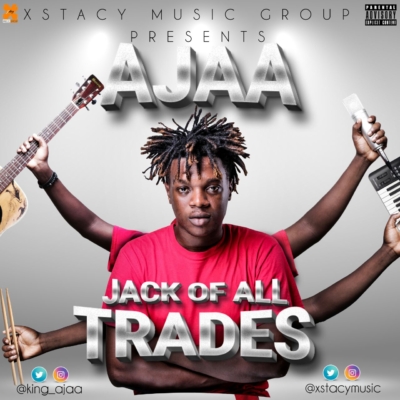 It’s a compilation of flows by miming Iceprince, Phyno, Sarkodie and M.I Abaga that will make you think they were all featured on the song.

AJAA creates an iconic Hardcore rap and exciting bars with a fusion of raggea, where he sampled Damian Marley’s “Welcpome to Jamrock”  The song was mixed and mastered by CLIFF EDGE DA BEAT CHEF. The talented rapper gained recognition in 2015, when he he was crowned ‘best rapper’ at Rap Nation.

Ajaa – “Jack Of All Trades”