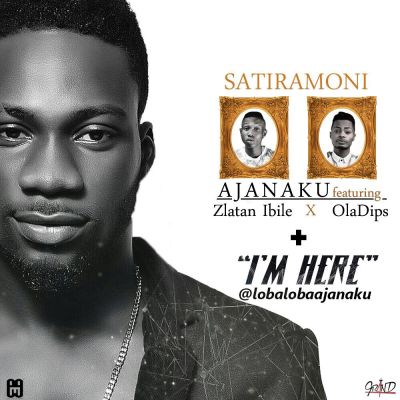 Ajanaku is gradually becoming a major force to reckon with on the Nigerian music scene.  His most recent official single, PAIN is still enjoying massive airplay on major radio and TV stations. This extremely talented young man blesses us with two wonderful previously heard songs from his archives as they were recorded about a  year ago, ‘Satiramoni‘ & ‘I’m Here‘.

‘I’m Here’ however is a low tempo song with great content and message.

Ajanaku’s musical talent and versatility is displayed as he delivered excellently on both tracks.