“Aje” Or “Commando” – Which Is The Hotter Record? 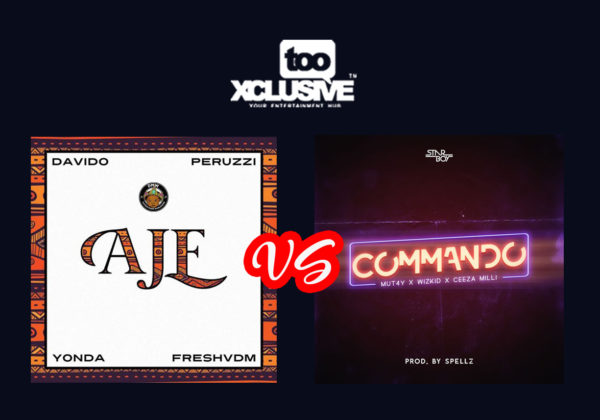 A lot of time has gone to arguments about who sings better between Wizkid and Davido.

A lot of effort has gone to trying to prove who has better music qualities between the two singers. But there has been no general consensus because with each new release, they seem to outdo their previous works.

Wizkid and his proteges dropped Commando amongst other leaks and Davido, alongside his DMW signees, dropped Aje. Both songs have been growing in airplay numbers and alternating for the top of the charts.

In your opinion, which is the hotter record? Aje or Commando, decide!