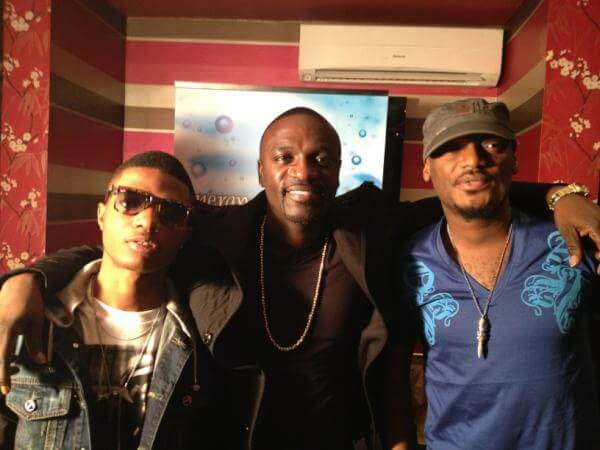 2face, Wizkid and P square have joined the Konvict Music roster led by superstar singer Akon. Taking to Twitter, the award winning singer announced the signing as he wrote: ‘In Nigeria with my brothers about to take over Africa with @2faceidibia and @wizkidayo big up to P-square’,. He also confirmed the news during a conference and unveiling for energy drink Citron that took place at Jay Jay Okocha’s Club 10.

Akon also announced the signing at the slu…shh get it on party which he attended with Wizkid. There’s been no mention of Faze in the signing so far.