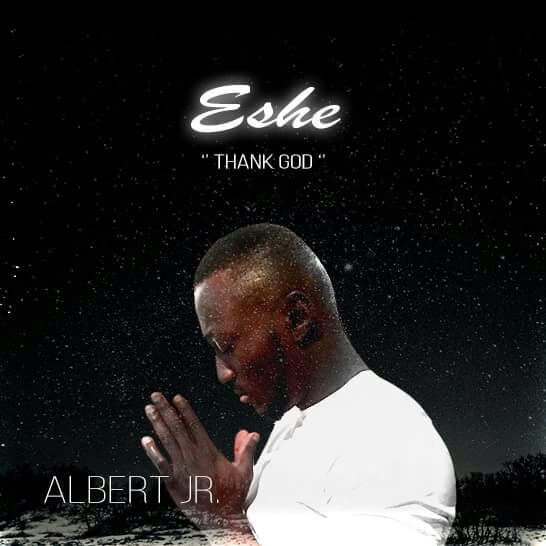 Ukrainian base Nigerian Rapper, Albert Jr. dishes out this brand new appreciative single tagged “Eshe” meaning thank God. Eshe is a single off his yet to be released EP.

Albert Jr. is a singer, rapper, songwriter, who has been in and around the music scene since childhood. In March 2016, he hooked up with his now best friend $culptor that has inspired him ever since not to give up on his music career and talent.

During his childhood days, he was in the choir and was a backup vocalist for the children choir and growing up he always had a passion for music. He developed interest in rap after high school and started to write and make rap music.

His first stage performance was at a night club in the suburbs of Ukrainian city, Zaporizhya and his music kicked on from there thereby getting booked for shows in different cities around Ukraine as an underground rap artist until music had a bad effect on his education and he decided to quit and focus on his studies.

Up until March 2016 Albert Jr. has been in and around music, playing roles in music videos and writing songs for artist aspiring to sing in English. His return to full time music was highly unexpected and he is already writing his EP album which will include songs like Eshe, Money Thoughts, Popping etc.