by Tommy
in Albums, Next Rated
0 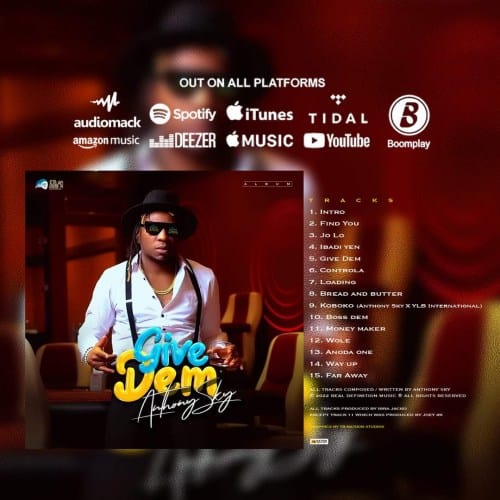 Anthony Sky “GIVE DEM ” Album OUT on all music platforms worldwide.

Anthony Sky is a Nigerian born Afrobeat dancehall artist singer/song writer based in Stockholm Sweden Scandinavia and currently singed to Real Definition Music Uk. He is one of the most consistent artists in the diaspora flying the Nations flag high and loud , representing the culture he’s been dropping hits back to back in the diaspora since 2016 .

His new album titled “GIVE DEM” produced by Tanzania producer (Ibra Jack ) has genres like; Afrobeat, Amapiano Dancehall and Afro root Reggae vibes which comes with a positive massage, happy and party mood. It is also very motivational album.

The album is out on all music platforms worldwide including Too-Xclusive, Spotify, Apple Music, Boomplay music and many more so fans can dive into his sound and show him some love as he promises to keep dishing out dope bangers .

Anthony Sky is looking forward to working with the likes of Davido, Wizkid, Burna Boy, Mavin’s, and many more . 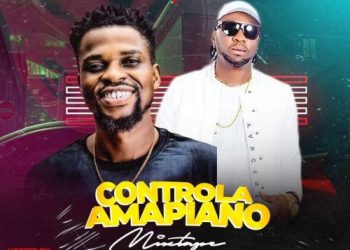 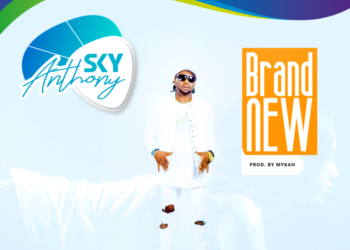