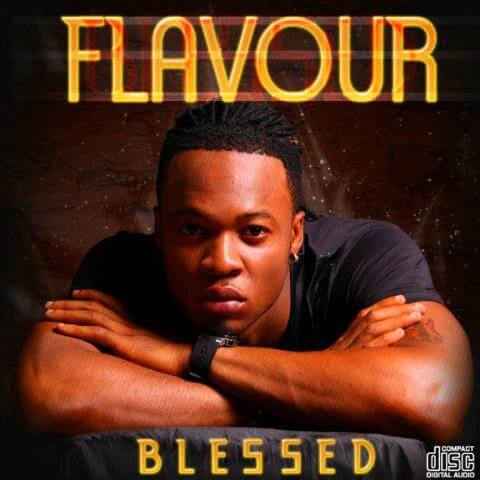 Flavour broke into the music arena a few years back as the golden boy of the genre known as highlife; after releasing two successful albums N’abania and Uplifted the acclaimed prince of highlife declares he is Blessed with his third studio length album. The word length applies in this LP boasting 18 solid tracks from the opening hit ‘Baby Oku’ to the closing latin flavour ‘Beverly’ which addresses a certain lady he was rumoured to be engaged to in America.

In Blessed; the dread locked singer explores highlife totally unlike his previous where he experimented with other genres to please and win over lovers of these genres of music. Nonetheless in ‘Chinny Baby’ elements of pop-rock surface although it is still arguably a highlife number, N’abania laces his vocals over drums, guitars and snares driven instrumentation as he calls for Chinny his supposedly love. A standout number is the gigantic collaboration with alleged rival ‘Wizboy’ on the fast paced ‘I Don’t Care’ which preaches not giving a f**k… The titans deliver a number that will make one dance and make 360 degrees before realizing it. ‘Ikwokrikwo’ is another show stopping track.

The album which is recorded mostly in the waist-whining artiste native dialect ‘Igbo’ can be said to be an amazing collection of brilliant beer parlour music. ‘Ifem N’eli’ reaffirms this again as it is another lovely highlife tune, also the Fally Ipupa assisted ‘Kwarikwa’ which is already a fan favourite since it received the visual treatment. ‘To Be a Man’, ‘Destiny’, ‘Shake’ and ‘Ada Ada’ also take credits for majority of the albums strengths and are also must listens and beautiful eastern pieces.

Is the prince is highlife blessed? Undoubtedly he is and takes the bulls by the horn by diving deeper into the ocean of highlife with ‘Blessed’, although many argue that it is tiresome, beer palour-ish and too eastern while laying your complaints do not forget that he is a highlife musician. Despite the album’s weak points due to laziness on the artiste’s part; ‘Blessed’ is still the best highlife album you will find in stores in recent times.