Album Review; M.I “The Guy” Is About Good Vibes And Sounds

Mature Rap and High-quality Collaborators: M.I’s The Guy_ is the album to watch out for right now. 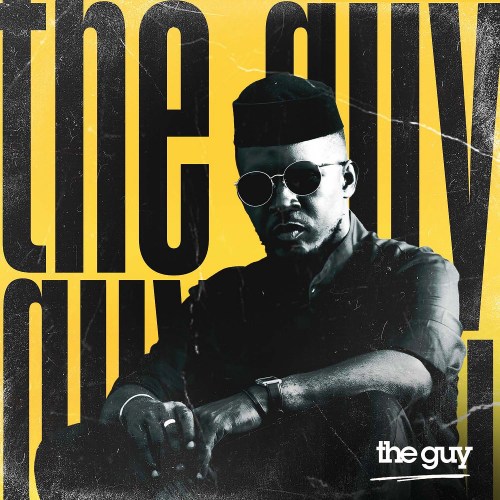 Mr. Incredible a.k.a M.I; That Guy; African Rapper Number One. That’s the Golden voice of Afrobeats rap. He revolutionized the Naija music industry towards the trajectory it is ahead of today.

2008 ushered a new direction for Nigeria Music and Afrobeats, and that revolution was brought alive by a rapper named; M.I and his chocolate city crew. The album (“Talk About It”) is still one of the top 5 Afrobeats albums in the last decade.

Truth be told; many years have gone by and a lot of o artists inspired by Mr. Incredible are taking the game further, but the strength of the foundation M.I laid is still revered to this day.

Note: At this point; M.I has influenced the music of Afrobeats in many ways and has done so much for young acts; signing them to His record label, appearing as a guest artiste on different records for up-and-coming acts, and gracing high-profile platforms such as Hennessy Artistry amidst others.

Rap Beef
He has had a public feud/beef with Vector, and other subliminal shots randomly shot over his career, this is important because, on this album, he showed love to frenemies “Vector” which means the beef between them is been squashed and “Vectors” vocals and ad-lips could be heard at the background of the drill record titled “The Guy” which happens to be the first song off the album.

For Rap fans, one who hears this album knows M.I has done a great album and one that comes very close to his first album (“Talk About It”). So make sure you are ready for a ride because this is easily one of the best works of 2022.
Sound

Drill; Afrobeat; Hip-hop; High-Life; Dance; and a wonderful combination of features, set the benchmark for the album “The Guy”.

WandeCoal, Jessi Jagz, Flavour, Cavemen, Olamide, BNXN (Buju), Chillz, Duncan Mighty, Ossi, and Nas are guests on the album, and every one of them performed to the perfection of the record.

This is the first record of the album; one can hear M.I flipping on the drill beat, Rapping off the edge of every last bounce of the drum, and running in and out of different rhymes, keeping the bounce up. The record has M. I talking about his squeezed beef with “Vector” and his standing as the ” The Guy”; in translation, he is the real deal, the real Mc Coy.

This is a laid-back beat mashed up in cords; African percussion, and guitar sessions, and you can hear M.I clarifying his stance, his position, and level; demanding respect, making sure the young man knows his place, and making a list of his accolades as a force in the game.

This is a good song and the most competitive record on the album. It’s good to see M. I and Olamide on the second record, knowing well at a time in their career, they almost went to war in a rap battle and now they are on a song with Legendary Nas. The beat is a Hip-hop sampled vocal instrumental with Afrobeat elements. It’s great to see Nas do justice to the sound.

This is a Hip-hop dance record styled in Ampiano (drums) and creamed in hip-hop elements. It’s a record about being able to live the good life.. it is about finesse, making money, and getting paid. Lord Vino took the first verse of the song and the hook, M.I came on the second verse and cemented the line of the story. A wonderful record indeed.

This is an energetic; High-Life sound embedded in Afrobeat and Dance elements. Duncan Mighty brought his A-Game to the record like he always does and Mr. Incredible went all out, making sure to keep to the energy and pace of the record. It’s not only a good song but the marriage between both artists shines bright.

This is a laid-back, R&B, soulful record laced with African Percussion, and a lush ambiance of twirling vocals from “Ossi”, as M.I speaks about Mental Health, Social Media toxicity, Hate, and other real issues in life right now. The song is melodic and ballad styled in composition, it’s easily one of the songs to enjoy on the album.

Wande Coal does not disappoint and on this Afrobeat/Dance record, you can hear the falsetto vocalist nailing it perfectly on the hook of the dance record. M.I went on talking about his love for his girl, while the party goes and on, with Wande Coal exciting the ears of listeners as the beat plays on and on.

“The Inside” Feat. Cavemen, Flavour

This is a High-Life record featuring the best Nigerian Afrobeats High-Life artiste (Flavor). The Master Craft produced record starts with the traditional flux of High-Life percussion, bass, guitar, and percussion sessions. The cavemen chorus and the flavor verse opened the song up for M.I to rap over this head-bobbing instrumental. This is one of the records to look for in the album.

This is a swag-flipping rap by M.i on a record that samples Busta Rhymes’s “Dangerous”. It’s quite the record for a Dj to start the floor of the clubhouse into action. It’s not so much a heavy contender but still a good record.

Starting a vocal that captivates and draws the listener into the mood of the drums and chords that cut through the strings over Hip-hop elements. The message M.I was sending is taken in as the emotional beat rides, and he speaks pains, tears, and being strong, carrying on as a soldier.

The Afrobeat rap song is laid back with Buju vocals opening the record with the hook, as he recounts back on his blessings. M.I talked about his family, his friends and his life is blessed, and his gratitude to God.

This is not only one of the best records off the album but its history in the making.
We don’t get to hear M.I and Jesse on the same record frequently, so this is golden it reminds core fans of the old chocolate city days, and this is more like a reunion as Ice Prince opens the record, with an intro and M.I broke through with the victory lap hook that shows where he’s at, and how he doesn’t want the stress and will rather live his life .. good vibe and good music indeed, and Jesse Jagz made the record bang though, as M.I make sure he raps his heart off.

Easily the most important record on the album.

M.I “The Guy” is a good album, although one would have expected M.I to rap his heart off and drop hard bars he rather showed his strength by making a great album, with awesome features, and a great concept.

This is a mature version of M.I ., The album is good for this time, definitely a direction other rap albums might want to take, and who knows if this album will revolutionize the game like “Talk About It” did over a decade ago.

There are no dull moments on this album and no loose song too, as matter of fact, this is M.I most curated album after “Talk About It” and the album that cements his authority as an A-List artiste. The songs are well calculated and the features were right for each song.

The Misses Of The Album

He could have used better beats. The beats are not so much a big deal, although the songs on every beat sounded good, MI can do better with better beats. And old M.I rap fans might be disappointed,as he didn’t go all out in rapping,lyrics or MCing.

M.I “The Guy” album is worth listening to,it has a good replay value, and it’s so far one of the best albums of the year.

Bring Back Our M.I

TRENDING: Your Best 5 Rappers in Nigeria