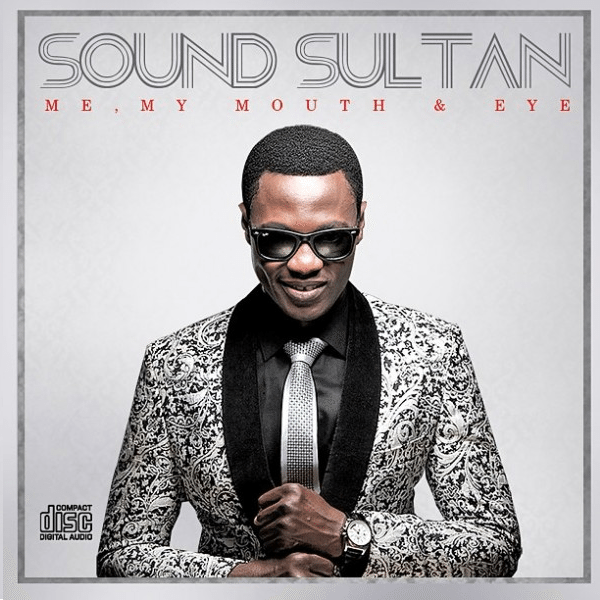 This musician is popularly known for his signature song ‘Mathematics’, the conscious nature of his music, and a music career that spans six different eras (i.e. 6 studio albums). Veteran afro-pop star Naija Ninja ‘Sound Sultan’ has lifted the lid off his sixth LP (titled “Me, My Mouth & Eye”) under his Naija Ninja Records imprint. Sultan tackles issues of politics, love, and destiny on his new lengthy record (20 tracks including 2 bonus tracks).

Hoping to seal the commercial success of the LP and gain acceptance from the new generation of listeners, the Sultan opens the LP by employing a feeble addition from Wizkid and the production of the hotly sought-after Legendury Beatz with the party track ‘Kokoshe’. The fast paced ‘One in a Million’ cannot be overlooked, its high points is when Sound Sultan sings the chorus and modulates it for the second time. Another party track on the album that’s of note is one of the project’s lead singles; talking about the dancehall inspired ‘Gud Gal’ produced by Jay Sleek. Regardless of the fact that the party starter about a good girl falling for a bad boy did not enjoy a long stay on dance-floors and charts (due to poor promotion); it is one of the album firm points, Fasasi rides in on the thumping beats like a true ragga star.

The major problem with this album is the arrangement; unnecessary remixes and track listing. After the second track which is the stellar ‘Natural Something’, the remix to ‘Luv Language’ featuring Duncan Mighty comes up and the original song is listed as the eight track the same thing close re-occurs with ‘Kuru Komaga’ whose remix features indigenous rapper Reminisce. Furthermore the award-winning and battered remix of ‘Orobo’ which featured Flavour should have been kept off this project entirely, but sadly it lies in the first 15 minutes of “Me, My Mouth & Eye”.

Fellow Ninjas, YoungGreyC, Blackha & Karma surface on ‘Lagbo Lagbo’ and bonus track ‘Gbedu’. On the latter YoungGreyC (popularly referred to as the pink ninja, and is responsible for all the mind-blowing background on the album tracks) steals the show with her opening intro and solid chorus proving she is undeniably the label’s best kept secret. Blackcha & Karma also rise up to the occasion, altogether serving a steamy club anthem unlike like the former which comes off as a bit noisy and extremely lacking chemistry.

Matters of the heart are addressed on the poppy number ‘One’ (bonus track) which features 2face, ‘Like Mi’ and ‘Follow Me Go’ follow in the same vein and notably so when he recruits former Ninja Sean Tizzle to help him hit the nail on ‘Follow Me Go’. On the Kid Konnect simple afro-pop mid-tempo beat, Lanre and Sean rock together blending the art of rapping and singing about a girl they went to follow them to delivering a moody romantic number.

The mood is not always festive as the Baba Dee assisted political yet groovy ‘Temporary Turn Permanent’, ‘All Way Na Way’, ‘Africa’, ‘Still I Rise’ and ‘People Bad’ which features Wyclef Jean, Ikechukwu and 2face respectively, not-forgetting ‘The Piano’ are housed in the album. Preaching the gospel of fighting for your own bread coupled with a celebratory chorus, drums, strings and timbres, ‘All Way Na Way’ hits the bull’s eye whereas ‘Still I Rise’ comfortably floats in-between greatness and failure. ‘The Piano’ is driven by a piano officially closing album on a spiritual note as Sound Sultan acknowledges and is thankful the presence of a supreme being in his life and career over rolling drums, singing “You can have this as your ringtone/ Or as your favourite song/ You can call me the piano/ But he is the one really that plays the song/ Cause he is my inspiration/ Beyond imagination/ I thank him every season…”.

“Me, My Mouth & Eye” is what the career doctor prescribed; definitely the project will not break new grounds for the sultan of sound, it might even be regarded as a little dated for 2013’s radio, still it showcases the signature style of Sound Sultan and will help him introduce his music to a young generation. Judging from the couple of records we have consumed from the host, this particular one extensively highlights and showcases the vocal abilities of Olanrewaju Fasasi.