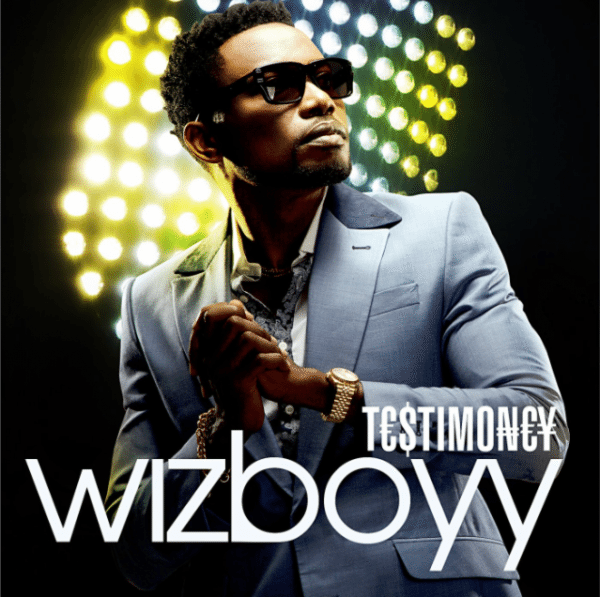 The tentacles of highlife’s golden boy ‘Wizboyy’ is steadily growing from eastern Nigeria to the 3 remaining cardinal points of the country and his extensions might leave the borders of Nigeria for good if he keeps working this hard. Wizboyy Seeks to reaffirm the notion that he is one of eastern Nigeria’s most prized music exports with his self-produced sophomore album titled ‘Testimony’; led by hit singles ‘Halima’, ‘Fotojenik’ and ‘Wizolingo’. Wizboyy stays true to the eastern music, taking it even deeper and making the album a collector’s item for Igbo-centric music lovers. On the other hand, other listeners may struggle to fully appreciate the brilliance of the music. Isioma Ofuasia meticulously selected 17 highlife tracks revolving around the message of love, enjoyment and destiny for his second studio album. Deep yet not ground-breaking… Check out our track-to-track review and see how Wiz fared:

1. Lovinjitis: ‘Testimony’ opens with a lovely mid-tempo ear candy, where Isioma layers his silky smooth stellar vocals, declaring he is sick with ‘Lovinjitis’. This song is infectious and aims straight for the heart.

2. Halima: Wizboyy serves a typical highlife love number as he sings about ‘Halima’.

3. D Way We Go feat. Zoro: The third track opens in an interesting way, ‘D Way We Go’ features indigenous rapper Zoro who delivers a near Phyno-esque rap verse to assist Wiz in the song about bragging rights.

4. Uso (My Sweetness): Love is the major subject on the album and Wizboyy address this issue again on ‘Uso’.

5. Wizolingo: A defining moment on ‘Testimony’ is the captivating ‘Wizolingo’. Sure to get the party started, Wizboyy serves a performance that is nothing short of awesome; where he celebrates and sings about the ever growing influence of Nigerian music overseas.

6. Time n Chance: The best things about ‘Testimony’ are the rich and brilliant instrumentation (which are majorly orchestrated by Wizboyy) and the fact that each song is fuelled by a weighty message. This trend continues on ‘Time n Chance’, a song preaching the importance of positioning, God’s favour and luck.

7. Woman Go Dey: ‘Anything you dey do my brother eh, woman go dey (for sure), I say woman go dey, if you invite bobos come you party, dem ask you whether woman go dey’… Wizboyy celebrates womanhood with intelligent lyrics, groovy melodies on this fast-paced party starter.

9. Overtake: The message of ‘Overtake’ is slightly similar to ‘Time n Chance’.

10.  Every Day: The girth and strength of Wizboyy’s voice is easily overlooked; ‘Every Day’ highlights this. A commendable fusion of highlife and euro-pop, Wizboyy breaks boundaries with his vocals, this number is a grower.

11. Anam Acho: The host finally decided to switch things up by drastically slowing the pace with a mellow love ballad. On ‘Anam Acho’ he tries to prove that he is a jack of all trades by putting his stellar pipes on a new task and thankfully he excels at it.

12.  Mama’s Song: ‘Like as you dey use BlackBerry, I for buy you Q10…’, the twelfth track is an ode to mothers. This is another defining moment on the LP; the easterners will kill to have this number on repeat.

13.  Hotamali: The mood of the album changes to that witnessed in ‘Uso’, ‘Halima’ and ‘Lovinjitis’ as the thirteenth  numbers kicks in. The track title says it all, watch out for the Saxophone on the instrumentation.

14.  Nobo-To-Sombo: Nobo-To-Sombo (Nobody to Somebody) – Started from the bottom, now we are here. Wizboyy sings about rising from the ashes and soaring.

15.  Material feat. J’Dess: Peak Talent Show finalist J’Dess resurfaces and ignites fire with Wizboyy ignite fire as they duet on ‘Material’. J’Dess known for her silky smooth yet Rihanna-esque voice compliments Wizboyy with her stutter has they flirt on the mid-tempo highlife love number,

16.  Network Provider: The ends draws closer and Wizboyy woos a girl by begging to be her service provider and browser on the cheesy ‘Network Provider’.