American Rapper, 2Chainz Asks Burna Boy For A Collab With Lil Jon As The Producer 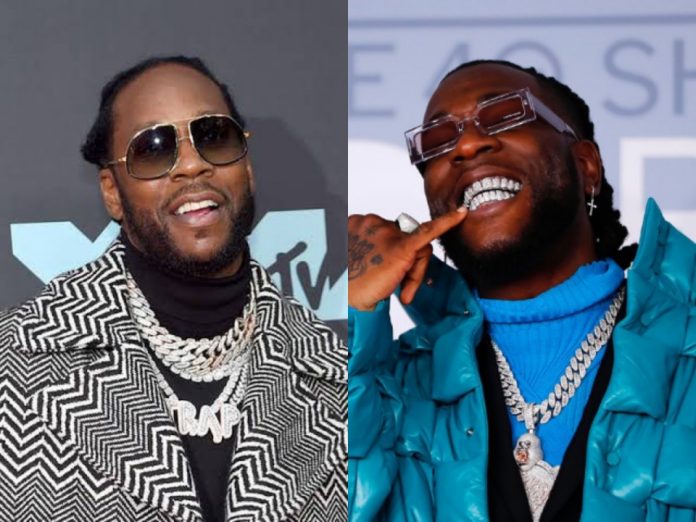 American rapper, 2chainz has requested for a collaboration with Burna Boy and its safe to say that we might be served with the biggest hit of the year soon.

American producers, T-Pain and Lil Jon had a battle of hits on Instagram Live and millions of fans trooped in to watch the much awaited duel. 2Chainz happened to be a part of the viewers and from there he surprised fans by making an open call to Burna Boy to hop on collaboration with him with Lil Jon producing the beat in the comment section.

He wrote: “Burna Boy lets do one jon do the beat”   At the moment, Burna Boy is yet to make an official response and social media has gotten wild with the hopes that both acts would hit the studio for a smash hit. What do you think of a Burna Boy and 2chainz collab?