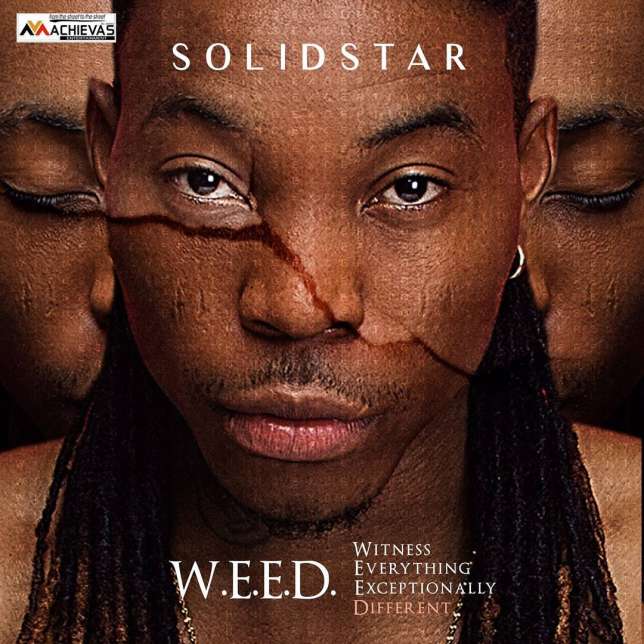 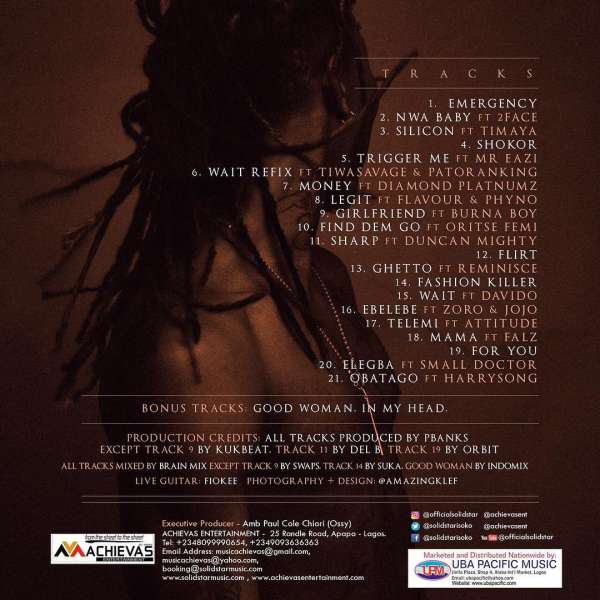 For a very short 5-years, Solidstar, has at one point or the other blesses our ears and the airwaves with hit songs, rolling majorly from dancehall and high-life, two genres he clung to for dear life in this new album, W.E.E.D. His decision to tread the part of one-dimension is both a blessing and a curse to him on this project.

Lets dive into the album one track after the other

Emergency: He stuck to what he knows how to do best on this track, dancehall, perfect opener to the rest of the album. With this track, he vaguely let on what to expect from every other track on the album.

Nwa Baby ft Tuface: right from the onset of the song, it felt like another artiste had been paired to work with Tuface on this. It lacks substantial lyrics, to poor vocals down to the cheesiness reeking all over the track, Nwa  it could still pass for a decent track.

Silicon Ft Timaya: Drab..drab..drab..drab..then Timaya happens….yaay!!! Leave the incoherent baldadash for Yemi Alade and Timaya, they seem to always know how to work their way around things like this.

Trigger ft Mr Eazi: I was finally able to pull something out of this album that was literally but vaguely related to the album title. He lost me at the start of the track, but immediately picked up in the all too safe beat for both himself and Mr Eazi.

Money Ft Diamond Platnumz: This track sounded like he was trying to keep up with the badly made beat with all its instrument making a hell of a noise from every crack my speakers have.

Legit ft Phyno: The highlife beat employed on this track did the work, because if we were to criticize based on Solidstar’s nonchalant attitude loudly heard from his vocals….Phyno, did a fantastic job on this track. He basically brought blue fire.

Sharp Ft Duncan Mighty: for a second, I thought the oohss and na’s could only be done and done perfectly by just one ac, why do this on such beautiful sound? Honest opinion, this track should have been totally left out. It just further proves both artistes, are at a loss as to what to don on here.

Flirt: The incoherent beat made it too disturbing to actually pay attention to what could have been a really good song.

Ghetto ft Reminisce: Except its some sort of concept, the beat employed for this track sounded scattered. Decent song though.

Telemi ft Attitude: still grooving to the track..beat was calmly produced while probably making use of the object album title was literally named after. The featured act ion this track did a good job with his vocals, well controlled.

Mama ft Falz: Solidstar, seemed to be wide awake when he voiced this song, one can easily feel the life in his vocals. The hook is catchy although, Falz’s verse almost ruined the otherwise decent track.

Elegba ft Small Doctor: This track will remain on most DJ’s playlist for a long time and a dance created specifically will just make it even more beautiful. Small Doctor, did a good job on this track.

Obatago ft Harrysong: all i heard all through was a distorted record….it took the shine off of Solidstar’s vocals, lyrics and even Harrysong’s impact.

From the album title and cover art having absolutely nothing in common, to the distorted beat, badly mixed tracks, cheesy/lazy lyrics, Solidstar’s W.E.E.D album, further proves known a formidable team is needed in every artistes life. Save for the beautiful guitar sounds heard and maybe a few cool tracks, this album is a deep compilation of singles and should have just remained that way, it has absolutely no business being called an album.