ALBUM REVIEW: Wizkid – Sounds From The Other Side 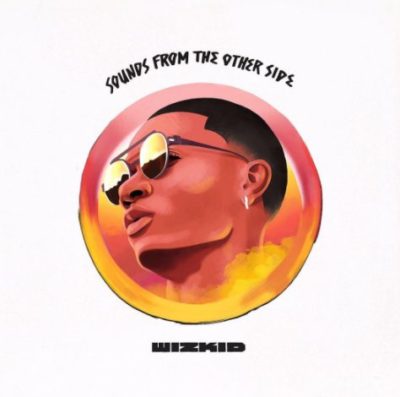 For a lot of Nigerians, Wizkid is the one with the requisite talent and skill to lead the charge for globalizing the African sound. I cannot think of a better representative than a boy who went from being E.M.E’s gem to becoming the boy wonder of African music.

With his previous projects (Superstar and Ayo), he had shown how much of a special talent he is, as he followed a fine pattern of career progression, using one project at a time to conquer the Nigerian and African music sphere. It was his sophomore album (Ayo) that he began his expedition to the field of global music, by featuring international superstars like Drake and Tyga. He has now worked with several other international superstars including Chris Brown and R.Kelly. His second collaboration with Drake got a Grammy Nomination; it won several Billboard Music Awards, while ‘Weezy’ stretched his hands to collect the biggest awards in Africa. His push to globalize the African sound has so far been aided by the deals he signed with Sony Music and RCA Records, to get his music distributed far and wide outside the continent.

So, with Sounds From The Other Side, he probably aimed at serving music lovers, especially those outside of Africa, with refined African sound. Songs like Daddy Yo, Come Closer, African Bad Gyal, had set the mood for the mixtape release, leading to an increased interest in African music from outside Africa. But because these pre-album singles are majorly infused by Caribbean sound, some Africans felt betrayed. However, for Wizkid the mission had to go on but would he revisit the original African sound or just continue to blend it with foreign elements to increase its appeal? I guess we’d find out at the end of this review.

On the tape’s opener, Sweet Love, the Afrobeat sound is unmistakable. The fine manner with which Wizkid sampled Fela’s Shakara song, adds to the brilliance of placing the song first on the mixtape. Wizkid’s repetitive yearn on the song, for the purest form of love, reflects just how a typical African man invites a beautiful lady to show him some love. It is this same love-inviting vibe on Come Closer and Naughty Ride, even though the type of sound is different. It was on songs like these that the earlier talked about Caribbean influences, manifested.

On Naughty Ride, Wiz said, “can I get my keys, oh shawty?/You say you no go leave, o Sade” and it reminds me of his invitational tweet to an unknown Sade, after his very controversial “Baby girl… I only came to f*ck” tweet. This got me wondering if there is a Sade somewhere causing Wizkid to write these songs. He showed that his friendship with TY Dolla $ign isn’t just about showing brotherly love on Twitter, but that they share a music synergy and it was this synergy that created One For Me and Dirty Wine.

Of the songs on the mixtape, one of the closest to perfection is Picture Perfect. Its quality is not only about the sound, but also in the vibe and the tone. If you thought Wizkid was only about foreign sounds on this project, then you must have skipped African Bad Gyal, on which he featured Chris Brown to create the quality ‘galala’ and ‘konto’ dance material. On Sexy, Wizkid collaborated with Efya to inject more of the Afrobeat flavor to the mixtape. Too many times on the project, he talked about love and his dealings with women, but for me, it is on Sexy that his message is most believable. Or is Wizkid looking to settle down now? Because on Sexy, he said “I need baby wey go bless e me o, sexy/Wey go love me nor go stress e me o,” then he went on to say “I need one wey be my destiny o”. This could just be Wizkid, openly wishing for true and undying love.

For more depth in African art, he linked up with Bucie from Southern Africa to record All For Love, and it sounds a lot like the musical exports from South Africa. Interestingly, a lot of other Africans joined in this project, to offer the best of African sounds to the world, although they featured not as performers of the art but as producers of the sound. People like Sarz, Spellz, DJ Maphorisa, Del B made major contributions to the course.

So, did Wizkid offer the original sound from this side to the world on this mixtape? Well, I think he tried to, but only managed to settle for a blend of music that would serve both the African and Caribbean music loving audience. His lyric in Ride Naughty Ride is proof that his target audience comprises of African fans and fans from outside Africa. On the song, you can hear him say, “African girl shake it/Caribbean girl shake it,” since he was only concerned with ladies and their sexiness on this mixtape. I would have appreciated more diversity and a look to other topics on the mixtape, to show people that are new to African sounds that our music is a complete body of music that touches all of life’s topics, but instead he chose to make a mixtape with nearly homogenous content.

However, ‘sounds from the other side’ is still a well compiled mix that shows Wizkid is ready and able to go the full length of the international journey and for African music generally, it holds immense promise.