Previous: [Video] Kayzmoore – “At This Your Age” ft. Reminisce 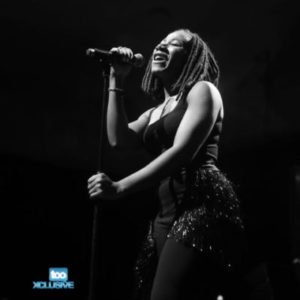 The first edition of the Spice Lifestyle Honours was staged yesterday, 5th of December, 2018 at the prestigious Eko Hotel and Suites in Lagos.

The awards ceremony/fashion show was graced by prominent names within the entertainment industry and outside of it.

The show saw people from within the entertainment industry and other industries such as Banking, Aviation, Lifestyle and Hospitality etc. get honoured for the various impressive and outstanding performances they have put up in their respective fields within the year, 2018.

Apart from the awards and the amazingly-innovative fashion arts that were on display, the beautiful audience were treated to thrilling music from some of the most talented artistes within the music industry. The likes of Teni, BEZ, Ladipoe, Adekunle Gold, hip-hop artiste; Vector and Falana entertained the calm and radiantly seated audience to really good music.

The greatest highlight of the night was Asa’s performance. The phenomenally-gifted singer put up an amazingly super showing alongside her 5-man band (who majorly were white men) to delight the seated audience and the ever loyal fans that were always ready to run around with her wherever the realm of her performance pushes her to, with the camera flashes from their phones adding more glitz and glamour to the specially gifted singer.

Spice Lifestyle Honours did not show signs of a first timer at all, as the planning and organising of the event were top-notch, almost given the notion that yesterday’s was either its 6th or 7th edition.