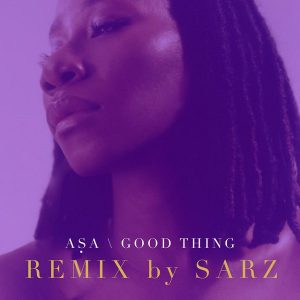 Sarz collaborates with Asa for “Good Thing Remix”, he turns this to a party jam.

Asa dished out another Jazz-pop song, “Good Thing“, a cool jam. On this record Asa sang about leaving without her lover who has found it hard to appreciate and cherish her and now he is about to lose a Good Thing because she has realised her values and isn’t afraid of leaving and starting a new life.

This Remix will push the song further as its now going to rock all parties. Listen and Dance!