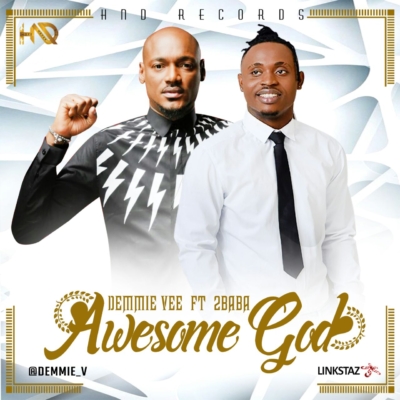 Nigerian born recording artist and song writer Awotungase Ademola Sodiq AKA Demmie Vee, discovered at a Car wash in Ikeja area of Lagos by the president of HND Records; was a real diamond in the rough, struggling to make ends meet. Inspired and motivated by his child hood dream of putting lyrics and music to his memories in a bid to entertain the world and inspire many.

Born in April 1992, he graduated Secondary school from Comprehensive High school in Ketu Lagos, where he endured shame over and over again as he could not afford the fees repeatedly. Kalaputa pikin(which means strong child) was a moniker given to him by a close friend who witnessed his pain. Today, being signed to Hope Never Dies Records is ironic and a true testimony that indeed there is light after darkness.

His musical idols have long been Asa and 2Baba with whom he was featured on a single (Awesome God). Demmie Vee is the first up and coming artist ever to be featured by the legendary artiste.
He in fact sounds very much like 2Baba and “Awesome God” is reminiscent of 2Baba’s earliest singles, though it is heavily tinged with gospel, as an ode to the singer’s gratitude to God for his talent and breakthrough.
“My greatest desire is to build homes for the less privileged and put everlasting smiles on people’s faces”.

Awesome God is an Afro Pop/ghetto Gospel song. Emotive and direct, it speaks about the greatness of God in the lives of one who has experienced a breakthrough after a prolonged period of hardship, disappointment and pain.
The single was written by Demmie Vee and Produced by Finesse.