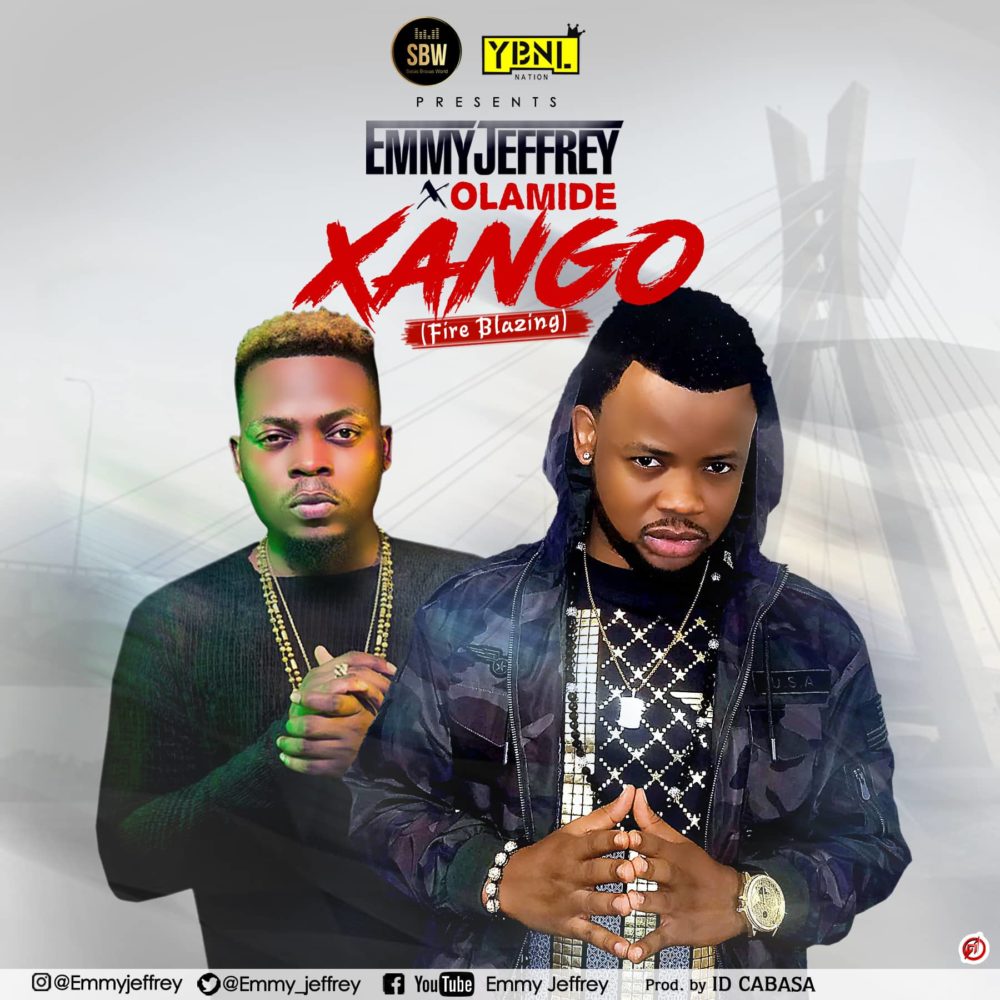 Emmy Jeffrey returns with his first single as a solo artist titled “Xango” featuring Olamide. The song which was produced by ID Cabasa, is a blend of Yoruba and English Language.

Emmy Jeffrey took a 4-year hiatus from releasing music to build and develop his label SBW co-owned by his longtime business partner, brother and second half of defunct group Ajayi Brovaz. He is presently signed to SBW and YBNL.

Directed by LoudFilmx in Atlanta and Maryland USA, the mysterious video opens to Emmy Jeffrey being kidnapped by a vampire group. The video features Wale Adebayo aka Sango staring as the kingpin of the Vampires. It’s MuchMusic LessTalk!

Stream audio and cop link below.