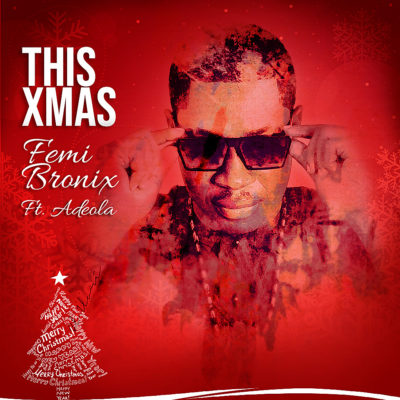 Femi Bronix is a contemporary African highlife soul music artist, a song writer, a trained lawyer and savvy brand marketing consultant. He is set to officially unveil his music album of contemporary African highlife soul music come Q1 2019. He works with George Adeola (Producer & mixer) on the soon to be released album with quality sound production support from xstream Sam.

Some of the songs in the soon to be released album are; Keep on rockin’ , I can’t Deny ft Adeola, If you say, Aya Soja, onitemi and b’ase nlo, b’a se nbo. Bronix’s music artistry dated back to his days as a student in University of Ibadan
followed by a break focusing on his professional career as a lawyer and brand marketing expert.

“This Xmas” is a tactical song for the end year season written by Femi Bronix produced by Adeola is a single song meant to excite the Nigerian market during the yuletide period.