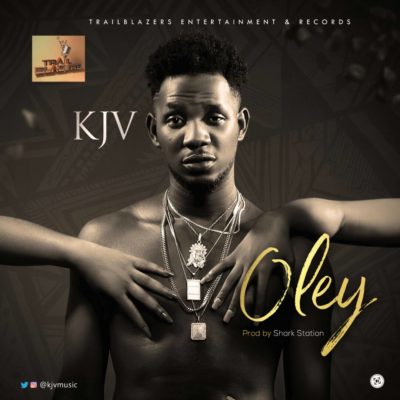 Shortly after his promises earlier in the week on social media, KJV today, drops two very interesting songs “OLEY” which has a video shot in London By prominent music video Director “UA” And another hit single titled “WHINE DAT”. This move indeed shows this young Talent has alot to offer.

After the release of  his last single “Slow Down”, fans and critics alike have been looking forward to the dancehall/afropop Uber Star’s next move. Well, KJV a.k.a King Jiggy Vocals doesn’t disappoint because he wows in this self-produced single which he titled “Oley”

Moving into his very element, KJV delivers magic on the mic with this one. He talks about his penchant for multiple partners from around Lagos,his birth place.

Nigeria and Ghana have shared and exchanged music since before Fela and so it’s not shocking that KJV has grown a fair following in the Gold coast. His steady emergence in that space has raised important eye brows in the Ghanian music industry.

To solidify his impact in that creative space, he works with prominent Ghanian Disk Jockey, DJ Kess on another song  titled “WHINE DAT” which has an awesome fusion of reggae, dancehall and edm. Co-produced by Popito, These two songs are definitely a must have on every playlist.

This computer science graduate signed under Trailblazers Entertainment has a passion for creating good music and is dedicated to making his fans proud. So download these two songs and a video from the links below and please make sure you recommend them to lovers of great songs like yourselves!!!!!