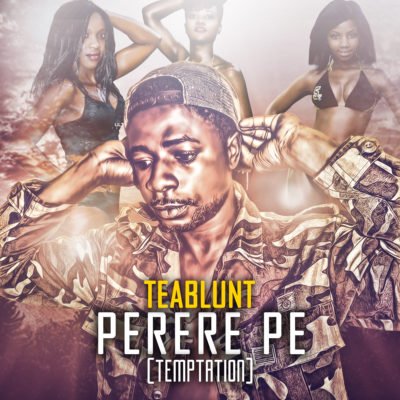 HILL LOCK ENTERTAINMENT is excited to announce the official release of yet another hit chart breaker, “Perere Pe” new long-awaiting single that has promised to shake not just the corners of Nigeria, South Afric but all over Africa and the International Industry. Teablunt is currently working with several Popular South africa and Nigerian international artists Perparing to set the universe on fire! 2017 featured release Blow Money fast with Aroplain and Saint Mo won a lot of hearts over of his talent and profound insight on music- After the introduction of the song to popular music plaza like iTunes, Channel O, MTV Base, naijaloaded and Soundcity etc.

The Lagos-born Cross river- Delta God’swill Peru with his acquaintance to old-time banjo skills, jazz-fueled voice and deft afro- song craft have garnered acclaim from numerous locals in the corners of South Africa where he is currenly based.

Teablunt (known as his Stage name) who is delighted with his projects after adjusting to a different direction, choosing to lean into a wider array of sounds and styles, in order to convey a wider array of emotions and topics through his Afro pop music, (most notable to his paternal ancestry) will soon make you alter your playlist for his songs- A connoisseur to watch out for!

The new jam “Perere Pe” comes with a visual, Watch and Enjoy below