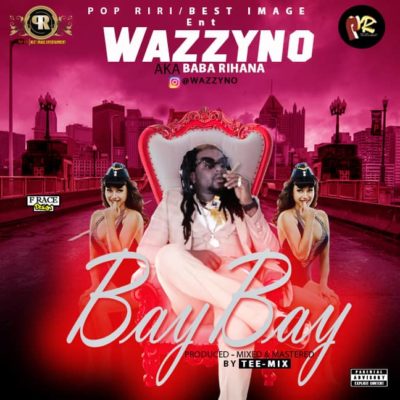 Just few weeks after the Wazzyno Aka Baba Rihana Frenzy of Releasing another banging visual to his worlds acclaimed hit song Mustanding meaning keep standing, he jetted off to the studio to cook and baked up another hit audio and video which would sky rocket his music career to another unbelievable height !

“Bay Bay” On the first play this will immediately get your full attention with all the beats and guitar and lyrics mingling in your ears ,Wazzyno put all his musical years effort into this song by blending the African Flavour into it yet the Afrobeat bounces in between we can go on and on the song was produced by Tee MIX.

Lets move to the visual the video boasts of beautiful women and the wardrobe style were banging and the women danced away all in colourful wears moving their sexy body and curves to each beat ! Moving on Wazzyno dazzles like a billion dollar in the video flaunting his well couture suits and full design of wears with his Locks flowing with a bliss of shine from head to toe,The video was short in 4 ways South Africa directed by Director Chidube…now lets dance enjoy.