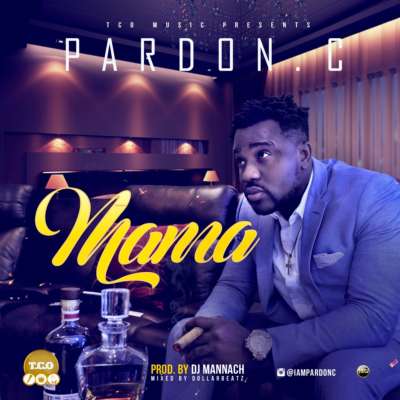 Year 2017 was an impressive year for the star singer who churned out multiple singles that topped different music charts in Africa, scored himself major international collaborations and moth-watering endorsement deals with world-class brands.

Pardon C’s music has grown to gain prominence in the continent of Africa, singles like ‘Bele Bele’ featuring Uganda’s number one artiste – Jose Chameleone and many other international collaborations he had last year, convinced the continent that Pardon C is not only hardworking, but also a great talent spreading the beauty of Africa world wide in all his music videos and his style of music.

The Nsquare Boutique fashion ambassador, Pardon C believes in Pan-Africanism, he decided to work with a beat produced by one of the best music doctors in Cameroon, DJ Mannach, recommended by his friend – Alice Austine, for his latest work, ‘Mama’, mixed and mastered by Dollar Beats from the Central African country. “Part of the ways we can strengthen the economic, social, and political progress of Africa is to unite and uplift ourselves, and music is a powerful tool that can be used to create connection to achieve all,” he told My Craft – an initiative that’s showcasing real talents to the world.

Pardon C expressed his love for Nigeria, Africa and he’s readiness to keep using his talent to portray the good image of the continent. “I have performed in so many events here in the U.S, and the responses I do get are always people showing excitements about my sound because it has a blend of Afrobeat, highlife and other afro-fusion that are purely African.

“On February 3, I’ll be performing at the ‘Uollywood Epic International Multimedia Entertainment Industry Awards’ in Florida, and I’m also nominated in four categories ‘Epic Artiste’, ‘Epic Song’, Epic Video’ and ‘Epic Collaboration’, alongside other international acts. As African, wherever I find myself I have to promote the continent, he added.”

Pardon C’s new mellow single, according to him, is to open the window of 2018 to commence the year’s activities. ‘Mama’ is a preliminary of many surprises he has for his fans worldwide.