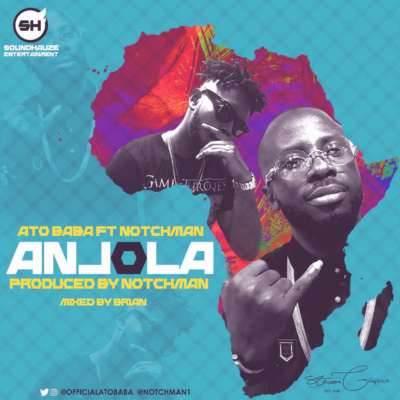 There are two types of singers and composers in the global music industry; those who sings because they only want to be popular and those who sings because they want to leave their footprints in the sand of time in the industry. It will be right to list Godfrey Osaro Kelvin popularly known by his stage name Ato-Baba as a musician that is leaving his name in gold in the Nigerian music industry for his morally and culturally laden lyrics and his up-to-date and sweet melodious songs.
The graduate of Computer Science from Auchi Polytechnic, Edo State, is of the believe that what is worth doing at all should be done to the best of ones’ ability and his recent song “Anjola” is a masterpiece like all his other songs. The talented and hard-working musician whose previous songs like; Sexy Ability, Take Away My Pain and Tete Wale has endeared to many, this time around go a notch higher with the new song which is already becoming the choice of Nigerian radio listeners.
Unlike many Nigerian singers who normally abandons good music with meaningful lyrics for songs they thought will be commercially viable without putting into consideration the lyrics, “Anjola” is a fusion of good lyrics and even greater vibes and it is a top of the class song from a top-notch musician.  Ato-Baba quest to keep working on re-orienting and lead a campaign for good that are commercially good, has seen him intensify efforts to come up with more songs, some of which will be on the stands very soon
Get audio below