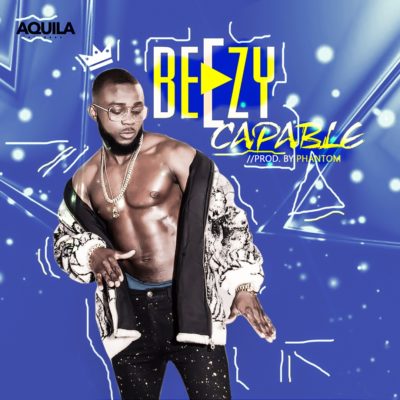 Back in August, Aquila Records added a new artiste to her roster in person of BEEZY who was returning home from Ireland, having already conquered the space and won multiple awards as Nigeria’s biggest artiste over there.

Beezy has since settled in and is already shooting for the stars in Nigeria as he looks to make his mark over here too. His debut single with Aquila Records titled LIFE is critically acclaimed, and he is now out with something for the ladies and the dance floors from Nigeria to Europe and beyond. The new fire is titled CAPABLE.

Capable brings an upbeat melody and rhythmic sound to form an addictive tune that is bound to become a fan favorite. It is produced by Aquila Records’ resident producer, Phantom, and mastered by Spritmyx.

The video is shot on location at Ilashe Private Beach in Lagos by veteran director, Adasa Cookey. It is colorful, captivating and fun.

Capable is available on iTunes, Apple Music, Google Play, Amazon, Spotify, and all other music platforms.